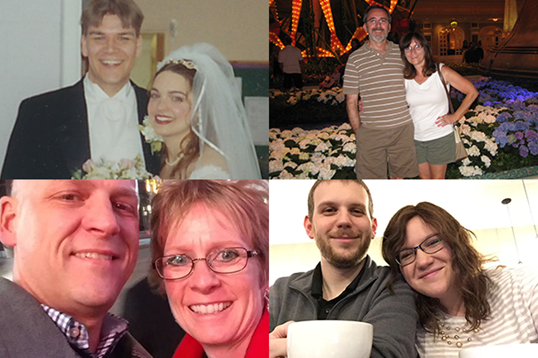 When we asked for stories of alumni who found love on the CSU campus, we never expected how many heartwarming stories we'd get. It looks like CSU changes lives in more ways than one. 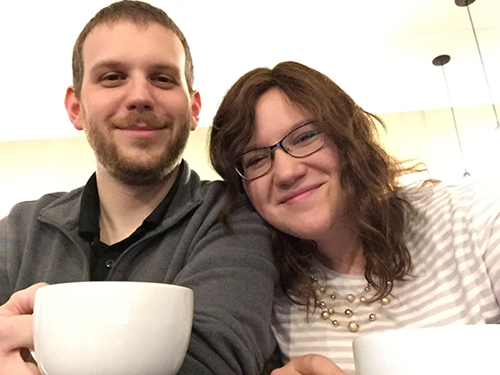 My first day at Cleveland State in 2009 was full of unknowns, as I was very unfamiliar with the campus, and didn't know anyone! Little did I know, my future husband would be my stand partner in the CSU Wind Ensemble.  I sat next to him, and he basically ignored me for the rest of the class!

Throughout that first year, we talked occasionally and enjoyed spending time with friends at our favorite place, Becky's Bar. Flash forward to the end of the spring semester, we found ourselves talking to each other more, even though I couldn't stand him most of the time! My final words to Kirk at the end of our May commencement ceremony performance were: "I can't wait to not see you the rest of the summer!"

So much for that. Two weeks later, we met for lunch. After a few more meetings (we never called them dates), we really clicked and our journey together began on July 3, 2010. We spent our final years at CSU together performing in wind ensemble, clarinet choir, exploring Cleveland, and supporting each other through our final steps towards graduation.

Kirk proposed in 2012 at our spot in Chagrin Falls, where we started dating, and two years later we tied the knot on June 14, 2014. We are happily living in Lyndhurst with our 5 (yes, 5!) cats. Kirk is a PE electrical engineer, and I am an elementary music teacher in my hometown.

We are so thankful that CSU brought us together through a path that we both love: music.

Viking Vows from the Pool Deck of Busbey Natatorium

I started attending CSU when I was 18 in 1988.  I was awarded a swimming scholarship, and I planned to study and swim.  I never knew I would find the love of my life shortly after I started on the pool deck of Busbey Natatorium.

In addition to school and training, I also had a lifeguarding job at the pool.  Here is where I met and started to build a relationship with Becky Thiel.  We quickly found that we had many things in common and the time at the pool always passed by quickly when we worked together.

We started "officially" dating in late December of 1988. Becky graduated in 1991 with a degree in Education and moved to Akron for her first job.  We no longer could see each other every day, but we still talked daily.  We had started talking about marriage, but we always said it would have to wait until after I finished school. So on the day I took my last exam in 1992, I drove to Akron and proposed.

We tied the knot on April 3, 1993, with many of our CSU teammates by our side. We are nearing our 23rd anniversary, and we are more in love today then ever before.  Also, we do have 2 children, Robert (21) and Sarah (18).  Robert is our next generation Viking swimmer, as he is a Junior at CSU and also on a swimming scholarship.  We've already warned him to watch out, he too may have a Viking Vow story to tell one day. 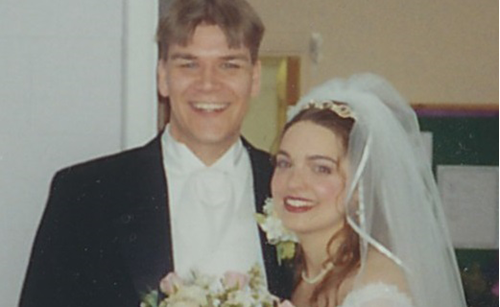 Under the overhang of the Viking Hall dorm, we introduced ourselves, "Hi, I'm Matthew" and "Hi, I'm Jennifer." This was April 1999 after Jen had played oboe at a concert in Waetjen Auditorium and a group of us were going to play pool on Euclid Avenue.

Later on Mathieu revealed that his name was actually pronounced differently, but he was afraid Jen couldn't pronounce it. He was right. The "eu" sound is not a sound found in English so it took Jen a lot of practice with his family to even be able to say his name properly. Mathieu was a foreign exchange from the Netherlands doing an internship at the IT department. He was busy helping with PeopleSoft software and working on any potential Millennium issues.

Later when they walked downtown to go to the Flats, campus police offered them a ride and Mathieu wondered how they knew Jennifer by name. Later he found out that it was because campus police escorted musicians back to the dorm after dark sometimes and not because Jen did anything unusual on campus.

After Mathieu's internship was over, Jennifer stayed at CSU for the wonderful people and experiences in the music department for 3 more years before moving to the Netherlands. Sometimes Jen only went to the Netherlands for a long weekend to be able to attend classes still and receive a music education degree in 2002.

Jen and Mathieu wish all CSU alumni, students and professors all the best! 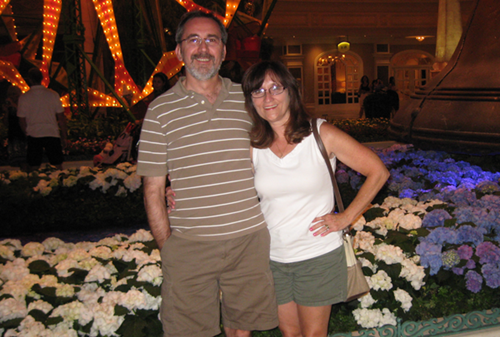 It was the birthday of one of my best friends and we were celebrating at the Shire (that’s how old we are).  She brought along a few classmates from her interpersonal communications class, introducing them all, including George, a biology major. I didn't pay much attention to any of them, but George began to hang around our group of friends and we got to know each other.

Several months later, we started dating. After I completed grad school, and he finished dental school.  We finally married…it was only 11 years later!  On our 10th wedding anniversary George sent our friend roses for introducing us! We are all still close friends and get together monthly for dinner out, with our second family "the gang!”