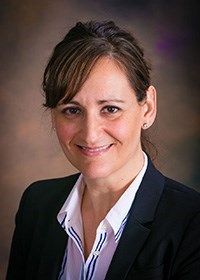 Dr. Katherine Judge is a Professor of Psychology and Director of the Adult Development and Aging Doctoral Program in the Psychology Department at Cleveland State University.  Dr. Judge received her Master’s and Doctoral degrees in Applied Cognitive Aging Psychology from The University of Akron. Dr. Judge’s research focuses on understanding the illness experience associated with cognitive impairment and developing non-pharmacological interventions for individuals with dementia, stroke, and traumatic brain injury and their family caregivers. Dr. Judge has received research funding from the National Institute on Aging, Alzheimer’s Association, The Robert Wood Johnson Foundation, Veteran’s Administration, Centers for Medicare and Medicaid, Administration on Aging, and the Department of Defense. Dr. Judge teaches a wide range of undergraduate and graduate courses, including Introduction to Psychology, Memory and Cognition, Health Psychology, and Psychology of Aging. Dr. Judge was recognized for her research by receiving the Researcher of the Year Award from The Ohio Association of Gerontology and Education in 2012; the Outstanding Research Award from The College of Sciences and Health Professions in 2014; and received the Distinguished Faculty Award in Research from Cleveland State University in 2016. Dr. Judge also was a Distinguished Visiting Scholar for the Nethersole School of Nursing at the Chinese University of Hong Kong in 2016 and served as an expert panelist at the first National Research Summit on Care, Services, and Supports for Persons with Dementia and their Caregivers in 2017. 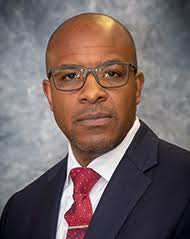 Nicholas A. Petty is currently the Director of two programs at Cleveland State University: Undergraduate Inclusive Excellence and Parker Hannifin Living Learning Community. Nicholas Petty leads the innovative work in the Graduation Coaching Offices and works with students from traditionally marginalized backgrounds connecting them with on-campus and city-wide resources. The primary goal of his body of work is to enhance retention and improve graduation rates amongst this subgroup. Petty has co-authored an award winning article entitled “Assessing the Social, Emotional, and Mental Health Needs in Urban High Schools to Support Academic Achievement.” The article focus on the social emotional needs of urban students and how they are affected based upon traumatic experiences. Previously, Nicholas was the principal of Ginn Academy in the Cleveland Metropolitan School District. Mr. Petty has also served as Principal of several small schools both at East High School, Cleveland, Ohio and Cleveland Heights-University Heights High School.

Nicholas Petty earned his Business Management Degree from Kent State University in 1997 and a Masters in Curriculum and Instruction from Cleveland State University in 2000. He is a former graduate of University School Class of 92’. Currently working on his Doctorate in School Administration.

Mr. Petty has been the recipient of numerous honors and awards for his contributions to the profession of Education. He is active in a variety of civic and cultural organizations including Habit for Humanity. Mr. Petty has extensive experience working in urban school districts and has worked closely with teachers to create learning environments designed to support personal computing and adapt to the changes in curriculum, assessment and professional development. He is currently of the Boards of Open Doors Academy, Coach Sam’s Inner Circle Foundation, Advocacy committee at the Cleveland Food Bank, John Hay School of Science and Medicine and Ginn Academy.

A native of Cleveland, Ohio, Mr. Petty currently resides in Beachwood, Ohio with his wife and daughters. Outside of professional interests, he travels widely, reads and is an avid sports fan, especially football and golf. 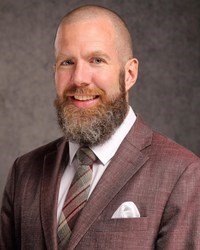 Jason Sanders joined CSU as Director, Gift and Estate Planning, in 2021 with over 18 years of higher education experience in collegiate athletics and all areas of fundraising. In his role he oversees, plans, and executes all planned giving programs for CSU and the CSU Foundation. Originally from Alabama, Jason has lived and worked in Mississippi, Oklahoma, Connecticut, Hawaii, New York, and Ohio. He earned his Bachelor's degree in Communications from Jacksonville State University (AL) and his Masters in Sport Administration from Mississippi State University. He is a two-time graduate of Leadership Medina County and is currently enrolled at The University of Akron School of Law and as a visiting student at the Cleveland-Marshall College of Law. He expects to earn his juris doctor from Akron Law in 2022.

Mark Sundahl is a Professor at Cleveland-Marshall College of Law, where he teaches International Business Transactions, Commercial Law, Space Law, and Ancient Athenian Law. Prof. Sundahl is a leading expert on the law of outer space and focuses primarily on the business, legal, and policy issues arising from the recent increase in private space activity. He has lectured around the world on space law and his writings have appeared in leading academic journals. He currently serves as a member of the Commercial Space Transportation Advisory Committee (COMSTAC) which advises the Federal Aviation Administration regarding new regulations governing private space activity. He is also a Member (and former Assistant Secretary) of the International Institute of Space Law (headquartered in Paris) and was a member of the UNIDROIT working group that was charged with drafting a new international treaty on the finance of satellites and other space assets—the Space Assets Protocol to the Convention on International Interests in Mobile Equipment.

Prof. Sundahl holds a J.D. from the University of California, Hastings College of the Law and a Ph.D. in Classics from Brown University. Prior to joining the faculty at Cleveland-Marshall, he was an associate in the International Transactions Group at Pillsbury Winthrop Shaw Pittman LLP in San Francisco. He currently serves as Of Counsel to the Law Offices of Jon P. Yormick Co., L.P.A.