Building champions through the power of community 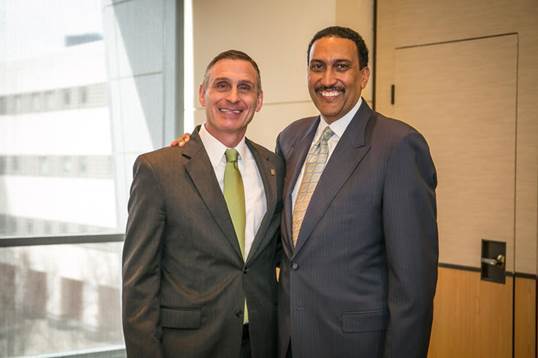 Building champions through the power of community April 18, 2017

“There’s no way [we] can do it by ourselves,” Coach Felton said.

He comes to CSU with more than 30 years of experience, most recently at the University of Tulsa for the last three years as the assistant head coach, so he knows a thing or two about the power of community.

“Support in the arena helps win games,” he said.  “It helps with recruiting and helps financially in providing the resources necessary to build a high-performing [athletics] program.”

“The alumni are our greatest and most important stakeholder in our athletics program,” he said.

While he had a number of opportunities elsewhere what drew him most to CSU was the school’s upward trajectory and the athletics program’s potential to continue to mirror that progress.

And he sees great value in building an infrastructure that allows for future success, where alumni share the excitement, eager to tout their alma mater.

“We want our people to be proud to wear the Viking green and proud to talk about our program and successes,” he said.

“What better than to go to work in the morning and stand at the water cooler and talk about a great CSU victory the night before.”