CAREER AND CSU HAVE HER HEART

During Christine Moravec’s first job as a high school religious studies teacher, she found herself more interested in what was being taught across the hall in the chemistry class than in her own classroom. That’s when she knew she needed to take a bold step and change her career. She quit teaching, went back to school, earned a Ph.D. in regulatory biology from Cleveland State University, and eventually became one of the first scientists to use an actual human heart to research human heart failure.

Dr. Moravec, who grew up in Los Angeles and moved in eighth grade to Chagrin Falls, was a good student but had never been particularly interested in science as a youngster. Once she decided to pursue science as an adult though, she dedicated her life to it.

“My biggest contribution to the world is studying human heart failure,” she says.

In 1988, just after earning her Ph.D., she and Dr. Meredith Bond, now dean of CSU’s College of Sciences and Health Professions, were studying the hearts of hamsters and mice when they got some advice that would not only change their research but impact the future of medical advances in heart disease. That advice, “A hamster is not a human. You should be studying human hearts,” came from world-renowned cardiologist Dr. Bernadine Healy, then-chairman of the Cleveland Clinic Research Institute.

Typically, young researchers like Drs. Moravec and Bond did not have access to human hearts. However, Dr. Healy’s husband, Dr. Floyd Loop, was Cleveland Clinic’s chief executive officer and head of cardiac surgery at the time, so he gave them access to human hearts from transplant patients.

Drs. Moravec and Bond did something that had never been done. They measured human heart tissue on an electron microscope. “[We] understood no one had ever seen this before,” she says. “Prior to our work, people studied heart failure in mice, rats and hamsters. We made human heart research possible for Cleveland Clinic, our country and around the world. We changed what we know and the way we treat and prevent heart disease.”

Since then, Dr. Moravec hasn’t stopped studying the human heart. Her dedication has led to a number of discoveries for therapies for heart failure. Yet her research isn’t her only contribution to the medical community.

In many respects she found her way back to teaching. Since 1994, she has taught as an adjunct professor at CSU. She also spearheads an annual science fair for 600 middle-school and high school students in CSU’s Woodling Gym; and mentors Ph.D. and master’s students, placing them in Cleveland Clinic labs. Most of the students she chooses to mentor are from CSU.

“I got my degree at CSU, and I favor CSU (students),” she says. “I had great professors there.”

Her many honors and recognitions include the Outstanding Educator Award and Innovator Award, both from Cleveland Clinic, and CSU’s Distinguished Alumni Award in 2008. 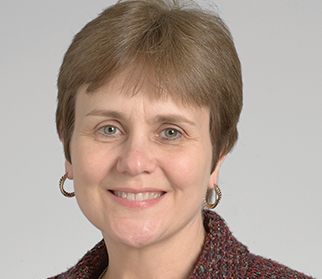