A YANKEE, A HERO, A CLEVELAND KID

Some might call Cleveland the city of near misses. Stories of the glory days and the city’s recent renaissance combine with a history dotted with hasty decisions and missed opportunities.

And Dan McCarthy was at the heart of one of those missed chances: the day baseball legend George Steinbrenner abandoned his plan to buy the Cleveland Indians and took his interests to New York City.

The Indians franchise was floundering in the early 1970s under the leadership of frozen food magnate Vernon Stouffer. He wanted out and was asking for $10 million.

Steinbrenner, a successful Cleveland entrepreneur, was looking to run a sports franchise after the Cleveland baseball team he bought in the 1960s flopped. He assembled a group of investors to buy the Tribe, including local attorney McCarthy, who had become friends with Steinbrenner when their kids played in local sports leagues and who had provided legal counsel to Steinbrenner’s father.

Looking to make a smart buy, McCarthy put his analytical mind to work and determined that the true value of the franchise was just over $6 million. Out of respect for Stouffer and the team, the Steinbrenner investor group offered $8 million.

Stouffer declined, holding out for his full asking price. The group didn’t counter and, with their funds and energy still intact, Steinbrenner convinced them to buy another franchise: the New York Yankees. They paid $10 million. Today, with many of those first owners still part of the franchise, the Yankees are worth upward of $800 million.

McCarthy may have called himself “just an Irish kid from the streets” and history might best remember him as a baseball guy, but he was also a war hero, civil rights champion, and admired humanitarian.

Raised on the southeast side of Cleveland, he graduated from John Adams High School and enlisted as an infantry sergeant during World War II. He served bravely at the Battle of the Bulge, later receiving a Bronze Star and Purple Heart.

He returned to Cleveland after the war, earned a degree in accounting from Case Western Reserve University, and then worked as an IRS agent while attending night classes at Cleveland-Marshall College of Law. He co-founded his own law firm, McCarthy, Lebit, Crystal & Liffman, in 1959. The firm established an endowed scholarship fund at CMLAW to support law students.

In 1976, he was tasked with leading the desegregation effort underway in Cleveland’s public school system. He worked quietly and earnestly, helping straighten out the district’s messy finances and implementing controversial new busing plans.

McCarthy received CSU’s Distinguished Alumni Award in 1999. He was awarded an Ellis Island Medal of Honor for his work on desegregation in 1994. His nomination was written by his old pal, Steinbrenner. 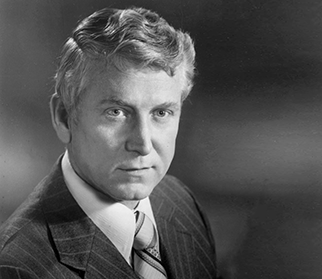