MORE THAN A FLASH IN THE PAN

In the mid-1970s, Cleveland seemed like an unlikely place for a revolution in radio. Yet Ed “Flash” Ferenc and Cleveland radio station WMMS created one of the most dynamic and highly rated radio programs in the nation, the Buzzard Morning Zoo.

Growing up, Ferenc was a self-proclaimed radio junkie. Rock music was exploding with the talents of Janice Joplin, The Doors and The Beatles, but Ferenc wasn’t content to just listen. He built his own wireless transmitter, recorded himself and rode his bicycle around his Seven Hills neighborhood, listening to his homemade broadcasts. When the chance to get into real-life radio came as a Cleveland State University student, he jumped at it.

As a CSU freshman in 1972, Ferenc began working at the campus radio station in Stilwell Hall. About a year later, the news director from Cleveland radio station WHK called, looking for an intern to write news copy for WHK and its sister FM station WMMS.

“I jumped in my Volkswagen Beetle and was there in 10 minutes,” recalls Ferenc. “They said they’d pay me $2 per hour. I didn’t want to tell them I’d do it for free.”

Though working behind the scenes, Ferenc gained a following among WMMS listeners when he’d “flash” into the studio and hand news copy to the show host just as a record was ending. The nickname “Flash” stuck.

He submitted an audition tape and soon, Ed “Flash” Ferenc was delivering the news on WMMS.

At 20 years old, he was already living his dream and making more money than his immigrant father from Czechoslovakia made as a steelworker. He began contemplating dropping out of CSU. “My dad said, ‘I don’t want you to work as hard as I had to. That’s why college is so important.’” Ferenc valued his father’s wisdom and kept up grueling 10-hour days of radio and school to graduate with a bachelor’s degree in communication in 1975.

The next year his career began to soar. He partnered with Jeff Kinzbach, who had been producing commercials for the station, giving birth to the radio duo “Jeff and Flash.” The two evolved into the Buzzard Morning Zoo.

The show skyrocketed WMMS’ ratings share from 2 to 20, and Jeff and Flash’s cutting-edge approach to radio sent a jolt of electricity through Cleveland. The city became known for sell-out rock concerts when WMMS packed 80,000 fans into Cleveland Municipal Stadium for its World Series of Rock. The station made history when it staged a concert featuring Bruce Springsteen at the Agora Theater and Ballrooom and aired the entire concert for listeners.

“What made that station so powerful was it had a strong foundation, not a typical radio formula,” Ferenc says. “It was homegrown by people who grew up in Cleveland. [It was] definitely a moment in time – right people, place, right time – lightning struck.”

In 1986, the Buzzard Morning Zoo sealed Cleveland’s reputation as the city of rock and roll. The Rock and Roll Hall of Fame was up for grabs, and USA Today was conducting a poll asking which city should get it. Ferenc encouraged listeners to overwhelm USA Today with phone calls. They did. Cleveland got 120,000 votes, embarrassing New York. There was no choice but to put the Rock Hall in Cleveland, Ferenc recalls.

By the time the Rock and Roll Hall of Fame was built on Cleveland’s lakefront in 1983, the Buzzard Morning Zoo was winding down. The station changed owners and a new controversial radio personality named Howard Stern started grabbing radio share. On April 15, 1994, Jeff and Flash signed off the Buzzard Morning Zoo for the last time.

At age 43, Ferenc had five children to support with wife Deborah so the couple started an advertising agency. Today, he works as a public information officer for the Cleveland Municipal Court. He also hosts a daily labor radio program called America’s Workforce on WERE 1490.

His real dedication, though, lies with his work to cure multiple sclerosis. His twin daughters, Rachael and Stephanie, were both diagnosed with MS, so Ferenc founded a charity called Motivate My Sister, which has raised more than $100,000.

“I spent the first part of my life dedicated to WMMS,” Ferenc says. “I’m spending the second part dedicated to MS.” 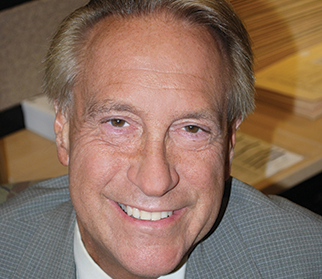