Real-life and fictional crime: She’s on the case

A gunman has taken hostages at Cleveland’s Federal Reserve Bank. There’s a killer on the loose in The Flats. A murder has been committed at the coroner’s office. No matter what the crime, forensic scientist Theresa MacLean is on the case.

As novelist Lisa Black discusses the stories she’s penned over the past decade, it’s clear that each of her books serves not only as a tribute to her favorite literary genre, but also as homage to the time she spent working in the Cuyahoga County Coroner’s Office in the ’90s. Like MacLean—the protagonist in her novels—Black analyzed gunshot residue, clothing, hair, fibers, paint, glass, DNA, blood and trace evidence found on bodies and at crime scenes to decipher potential clues.

“The happiest five years of my life were spent in the morgue,” the Strongsville native recalls. “Every day was an adventure.”

While childhood friends played with Barbies and Easy-Bake ovens, Black spent her formative years writing mysteries based on the TV programs she never failed to miss.

“My dad and I watched every cop series on the air — Adam 12, Perry Mason, Ellery Queen, you name it,” she recalls.

Black went on to earn a bachelor of arts degree in political science from John Carroll University, and spent a decade as a secretary before heeding her true calling: She returned to college and earned a bachelor of science degree in biology from Cleveland State University in 1993. Her goal, which she achieved, was to land a job in forensics.

“There are not a lot of openings for non-police detectives, so this was the natural choice for me,” Black explains. “I always liked science, and forensics is the best of both worlds.”

Although deeply immersed in the world of true crime, Black’s passion for creating her own stories never waned. The idea for writing books took hold during the years she spent in the secretarial pool.

“Since I sat in front of a word processor all day, I thought, ‘What the heck. I’ll write a novel. How hard can it be?’ ” Black recalls with a laugh.

The answer: very, very difficult. So difficult that six of the early manuscripts she wrote remain tucked away in the back of her closet, “where,” she says firmly, “they probably should stay.”

In 2000, when her husband Russ tired of lake-effect winters, the couple moved to the Sunshine State. Black’s commitment to the written word deepened after arriving in Florida. Although she’s worked as a latent fingerprint examiner for the Cape Coral police department for the past 15 years, the novelist says her heart will always be in Cleveland. So much so that she creates plots centering on the places she misses most, including the West Side Market and the downtown branch of the Cleveland Public Library.

Since 2005, Black has authored nine whodunits — two of them under her real name, Elizabeth Becka, and seven under the pseudonym Lisa Black. Her latest thriller, Close to the Bone, was published in October 2014.

“When I created the character of Theresa, I really wanted her to be a grunt,” Black says. “I wanted her to be someone who has to do the dirty work on the job, whose boss doesn’t appreciate her, who has more work than she can handle. I wanted her to be just an ordinary person, not some kind of superwoman genius.

“I think readers like her,” the New York Times best-selling author adds, “because they can see themselves being friends with her.” 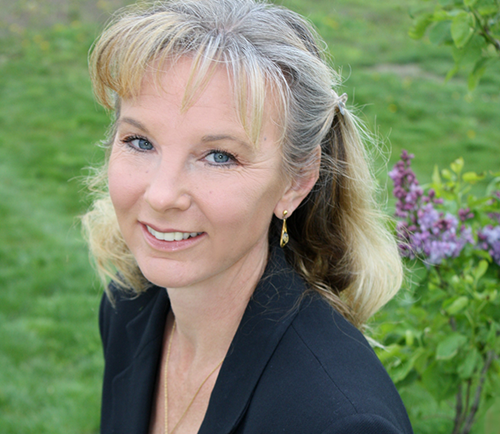