CARING FOR ANIMALS AND PEOPLE

Evan Morse has earned several nicknames throughout his life. One of the first was Nature Boy, from summers spent on his grandmother’s farm in Virginia, playing with wildlife, tending to hurt animals and enjoying the outdoors. The farm provided an escape from the poverty, concrete and rough conditions of his poor neighborhood in Richmond, VA.

Years later, he was dubbed the Larry Doby of fly fishing by a local newspaper for his love of the sport. Just like Doby broke the baseball color barrier in Cleveland and the American League, Dr. Morse was one of the first African-Americans involved in fly fishing and a founder of the Cleveland Museum of Natural History Trout Club, one of the biggest organizations of its kind.

“All my friends laughed at me about trying to be some kind of English gentleman – out in the alley with the rats and trash cans, practicing with a fly rod,” he says.

Dr. Morse attended Tuskegee School of Veterinary Medicine. In 1968, when he came to Cleveland, he was one of only two African-American veterinarians in the state of Ohio. He faced racial prejudice personally and professionally; his car roof was cut off and pet owners walked out after discovering he was African-American.

A leader on the frontline for civil rights and equality issues, he participated in lunch counter sit-ins and department store picketing while in high school, voter drives and political activism at Tuskegee, and the historic march with Dr. Martin Luther King, Jr. from Selma to Montgomery in 1965.

Dr. Morse, a former president of the Cleveland Academy of Veterinary Medicine, earned a master’s degree in diversity management from CSU in 2008. As chairman of the Diversity Committee of the Ohio Veterinarian Medical Association, he received a Distinguished Service Award for promoting diversity and inclusion in the profession. As a member of a diversity task force of the American Veterinary Medical Association, he was the driving force behind the diversity symposium at an annual AVMA convention.

When not tending to sick animals at Warrensville Animal Hospital, which he founded in 1972, Dr. Morse enjoys jazz. He is president emeritus of the Northeast Ohio Jazz Society and was appointed by former Cleveland Mayor Michael White to the Cleveland Council of Cultural Affairs. 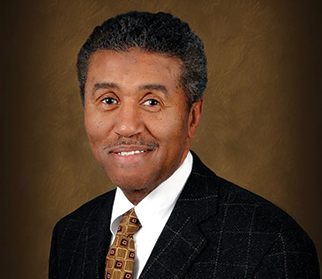