CAREER IS MUSIC TO HIS EARS

Who doesn’t dream of being a rock star when they’re young – the fame, the fans, the opportunity to see the world and live a glamorous life? Friends of Gary Kelly sometimes think his life is just that. But he’s quick to tell you his life is late-night phone calls, last-minute flights, and constant tracking of downloads and sales.

And he loves every minute of it. The best part of his 25 years in the music business is that no two days are alike. He can be battling it out on the phone to help hold on to a number one position and the next day, he’ll be in Las Vegas to shoot a live concert commercial with this year’s hottest sensation.

“I always loved music,” he says. “As a kid, I played piano and listened to Lennon and Billy Joel. As a teen, I moved on to Springsteen and the Replacements and I got my first music business job at a record store. I wasn’t aware at the time that I was starting a career, but looking back, it was my first lucky break.”

That dream came true. After stints at Sony Music/Epic Records and Universal Music Corporation, Kelly today is head of digital and revenue at Interscope Geffen A&M, a record company with artists that include the Black Eyed Peas, U2, Eminem and 50 Cent.

Raised by his mom and great-aunt, Kelly believes his Midwestern roots have given him an advantage in the music industry. His mom went back to school and moved in with her sister so she could become a nurse. And his aunt worked harder than anyone he knew, owning a bar on West 25th Street. Their hard work to provide for him and their determination to expose him to museums, music lessons and summer vacations gave him his drive.

“The grittiness of being the underdog made me stronger in my resolve in being successful,” he says. “I got really lucky, but you have to be prepared to get lucky, or those opportunities are going to pass you by.”

In an industry that has seen seismic changes, he says his tenacity and ambition serve him well. He has seen music go from vinyl to CD to download to streaming, and welcomes the opportunities that technology presents.

“One thing I’ve learned is that to be a success, you can never stop evolving. Always look for a way to be better than your last day. It’s how I’ve kept up with this changing business. I kept putting myself in uncomfortable positions so I could learn something new and improve my game,” he says.

His capacity to create success not just for himself, but for the musicians he works with, has put him at the forefront of digital music trends. He is particularly excited about the way streaming music can connect listeners to moments their lives. By having hundreds of thousands of songs at their fingertips, listeners can instantly transport themselves back to a time and place with a song.

“I am still amazed sometimes that someone pays me to do what I love. Living in Los Angeles, with great work and family, I really worked hard to prove myself and to be prepared to get this lucky,” he says. 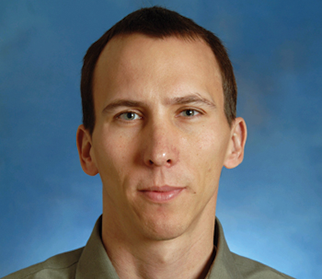