A MAN OF HIS WORD

When Jack Cassidy asked his wife, Karen, to marry him, he was a Cleveland State University dropout. She, a nurse at Rainbow Babies and Children’s Hospital, replied that she never envisioned marrying a college dropout. So he promised to go back to school and earn his degree one day. At that point though, Cassidy was busy blazing a career path that eventually would lead to him becoming chief executive officer of Cincinnati Bell and pulling off one of the most successful turnarounds in the telecommunications industry.

Cassidy, who was born in Cincinnati but moved with his parents and eight siblings to Avon Lake in fourth grade, had left CSU only two classes short of a bachelor’s degree because his career got an early start. CSU Professor Nels Nelson helped him secure an internship in labor relations and human resources at the Plain Dealer, which led to jobs working in the same capacity at the Cleveland Press and TransOhio Savings Bank. With his eyes set on working for a large corporation, Cassidy then landed a position with General Electric.

In 1987, he was introduced to the technology that would dominate his career from that point forward – cellular phones. Cassidy spent the next nine years as vice president of sales and marketing for GE’s cellular phone business in Lynchburg, VA. He later held the same position at Cantel, Canada’s largest cellular provider.

The company was in trouble. Its management team had brokered a business deal that left it $4 billion in debt. Cassidy, who had joined the company as president and chief operating officer, was asked to take over as CEO in 2003.

What they got was a leader who significantly improved the balance sheet in a short amount of time by launching the company into the wireless business, fioptics and security. One of Cassidy’s most celebrated moves as CEO was buying a Texas-based data center company, CyrusOne, for $526 million in 2010. Three years later, he led CyrusOne in an initial public offering that cleared $2.5 billion of Cincinnati Bell’s debt.

“When I look at the world through the eyes of a CEO, I only care about two things: customers and employees,” Cassidy says. “You have to live for the moment as well as the future. In order to do that, it means you have to be very honest. It might put a dent in your income statement, but if you treat your customers with respect, you will keep the customers over time.”

He helped turn around one of Cincinnati’s worst-performing, crime-ridden schools, Taft Information Technology High School. Cassidy gave a cell phone and a laptop to each student who maintained a 3.3 grade point average, and, most importantly, he encouraged his Cincinnati Bell employees to tutor and mentor Taft students during the work day. Graduation rates skyrocketed to 98 percent from 12 percent.

Cassidy told Taft students that “education is important, knowledge is power, and you have to finish what you start.

“But while I was telling them that, I felt like a fraud,” he confesses. Despite his success in the business world and being awarded an honorary doctorate from CSU in 2006, he had never completed his degree. So in 2013, after retiring from Cincinnati Bell and more than 30 years after promising his wife, Cassidy went back to CSU and earned a bachelor’s degree in business.

“I promised that little girl I would get a degree,” he says. “If you tell somebody you are going to do something, you need to do it.”

Today, Cassidy admits he is “flunking retirement.” He serves as CEO and cofounder of Pro Football Focus, a data business for collegiate and professional football, as well as senior adviser for Blackstone Capital Partners, which launches startup companies. He was inducted into CSU’s Business Hall of Fame in 2009. 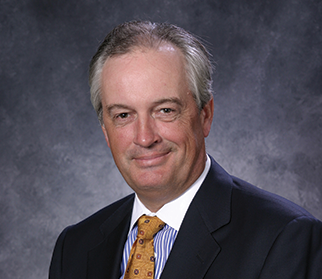