A TRAILBLAZER FOR HERSELF … AND GENERATIONS TO COME

Alumna Jean O’Leary, political activist and gay rights pioneer, envisioned a world where gay men and women would be treated as equals in all things. She took that vision and turned it into a reality, setting the stage for many of the remarkable advances in the LGBTQ movement still taking place today.

Born in New York state but raised in Cleveland, O’Leary attended Magnificat High School where she was a self-described tomboy, embracing music and culture and playing drums in a local teen band. She considered pursuing life as a rock musician but felt the lifestyle of musicians of the time – rife with drugs and instability – would not be a fit for her ideology.

During her years at Magnificat, O’Leary befriended several nuns who shared with her readings on philosophy and religion. Already drawn to the idea that her life might be used to advocate for peace and justice, her time in school – and these friendships – strengthened her resolve to follow this path.

She set aside her drumsticks and joined the convent of the Sisters of the Holy Humility of Mary, believing it would help her discover her calling as a force for good in the world. In a 1984 book entitled Lesbian Nuns: Breaking Silence, O’Leary recalls that she joined the convent because “there was no anti-war movement, no women’s movement, no gay movement in Ohio in 1966.” She wanted to have an impact on the world and believed that the sisterhood was a way to do that.

After five years in the convent, O’Leary left for New York City and pursued a doctorate in organizational development at Yeshiva University. Her roommate was an old friend from Cleveland State who introduced her to the emerging gay rights movement and the Gay Activists Alliance (GAA). She joined the Alliance and began working toward fair treatment of gays and lesbians.

Over time, O’Leary came to believe that there was not space in the movement for a woman’s voice. Women were not elected to leadership roles at the Alliance, and she felt their voices were not heard. She persuaded several other women to break from the GAA and formed the Lesbian Feminist Liberation in 1972.

Several contentious confrontations took place during this time, as both groups found their footing in a movement that was growing quickly. Gay people identified in myriad ways: gay, lesbian, transgender, and it became apparent to O’Leary that the movement needed an inclusive, solid direction. She and others created the National Gay Task Force (later renamed the National Gay and Lesbian Task Force). O’Leary served as co-executive director with Bruce Voeller, formerly of the GAA. O’Leary was determined to give gay people a voice in politics. She served as a delegate to the Democratic National Convention in 1976, the first-ever openly lesbian woman elected to that role. She helped organize the first meeting of gay and lesbian leaders at the White House in 1977 with President Jimmy Carter.

In 1988, she worked to create the first National Coming Out Day, designed to encourage gay men and lesbians to declare their sexuality in public. She believed that openness was key to changing how the world saw gay and lesbian people. “Our invisibility is the essence of our oppression,” she wrote. “And until we eliminate that invisibility, people are going to be able to perpetuate the lies and myths about gay people.”

O’Leary died in 2005 at age 57 after a prolonged illness. She is survived by her partner and her two children.

At the time of her death, feminist leader Gloria Steinem issued a statement that read, “Jean O’Leary was a link of kindness and humanity and inclusive politics who helped the women’s movement to recognize the universal cost of homophobia, and the gay movement to see that marginalizing the voices of lesbians would only diminish its power. I know she will be with us as long as we remember what she taught us, but I and thousands of others will always miss her spirit.” 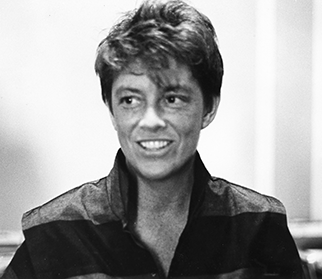