HIS VISION IS REBUILDING CLEVELAND

He has been called a risk taker, a visionary, a negotiator, tireless, and down-to-earth. Jeff Jacobs is also chairman and CEO of Jacobs Investments, Inc., a private equity and real estate firm.

Jacobs earned a master of urban studies degree in 1979, complementing his MBA from The Ohio State University and a bachelor of business administration degree from the University of Kentucky.

Among his CSU memories, his favorite is “applying course work to hands-on downtown Cleveland redevelopment efforts.” He believes that CSU was instrumental in stimulating his understanding of the attributes of urban revitalization, a passion he has pursued with vigor and tangible results. As a hardworking CSU student, he was employed during the day and attended classes at night, leaving little time for outside activities. Nevertheless, he would advise prospective students that time spent on CSU’s urban campus is “time well spent.”

After finishing his master’s degree at CSU, Jacobs started working on the redevelopment of the Flats waterfront, and was the primary developer of the Nautica complex on the Cuyahoga River’s west bank. His interest in historic preservation led to one of his earliest endeavors – the rehabilitation of the Lorenzo Carter building in the Warehouse District.

The feeling that he is making a difference in his hometown is a source of pride and motivation for him. He is determined to continue doing what he can to improve “the quality of life and revitalization of Cleveland.”

In addition to being a successful developer, Jacobs also served as a Republican state representative from Bay Village (1982-1986) and as a budget analyst for Cleveland Mayor George Voinovich. He also worked on Wall Street for several years, and combined both development and investing skills to acquire control of several small-cap gaming companies, while simultaneously obtaining several privately held gaming assets.

Jacobs jokes that he is “60 years old and still has all of my hair.” He is married to wife Lynda and has four daughters and two sons. 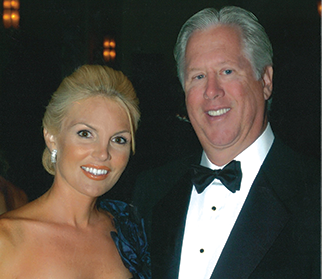