Ask anyone about The American Dream and home ownership will usually be at the top of the wish list. But buying a home – or staying in one – has become more and more challenging. Luckily, Cleveland State alumnus Lou Tisler and his team at Cleveland Neighborhood Housing Services (NHS) are here to help.

“I love my work,” says Tisler, NHS executive director for the last decade. “After 25 years of working in Cleveland not-for-profits, I wake up energized each day.”

NHS focuses its robust efforts in three areas: buy it, fix it, and keep it. The agency helps people stay in their homes and also helps them move back into the city as Cleveland grows.

Tisler is quick to praise his committed staff and shares a story of a recent project in Ohio City in which NHS rehabbed a dilapidated four-unit building to be rented to refugees living in the neighborhood.

“Ten years ago, we never thought we could take on a project like that,” he says. “It’s incredible to see the growth and change.”

The roots of Tisler’s commitment to building community were planted on the CSU campus during his undergraduate days, serving as president of the Student Government Association, president of Sigma Tau Gamma fraternity, and a resident assistant.

“The term ‘commuter school’ never came into play for me,” he says. “Living in Fenn Tower and being involved in student activities made campus feel like home and I thrived in that environment.”

One of his favorite CSU memories is being part of the team that brought Cornel West to campus. Dr. West’s writing and research focuses heavily on gender and class issues in America, a topic Tisler would grow to understand more thoroughly as he built his career and commitment to housing issues in Cleveland.

“At CSU, I was able to interact with people of various backgrounds and agendas. It gave me a foundation for interacting with a diverse population,” Tisler says. “Who knew that being a resident assistant at Fenn in 1982 would still be relevant to me in 2015?”

Through his work, he is striving to make Cleveland a better place while helping its residents live a rewarding life in the city. As his Twitter handle says, he is “Just a guy trying to do the right thing while affecting change on a greater level.” 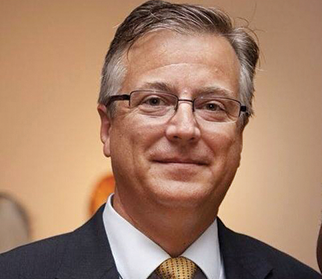