Halfway through Mark Avsec’s first class at Cleveland State University, he stood up and walked out. “I said, ‘This is not me. I have other things I want to do and now is the time,’ ” he recalls.

The 18-year-old set out to launch a music career that saw him writing more than 500 songs and producing and playing keyboard for musicians like Bon Jovi, Carlos Santana and Wild Cherry. At the pinnacle of his career, however, he was slapped with a lawsuit that would change his life’s trajectory and send him back to CSU at age 32.

Avsec’s musical acclaim started long before performing with world-renowned musicians when, as a young boy of Slovenian descent growing up on East 61st Street in Cleveland, he became the Ohio accordion champion.

“I didn’t grow up a rich kid,” he says. “If my parents could have afforded it, I would have played piano.”

After dropping out of CSU in 1972, Avsec began studying with a composition teacher, playing keyboard for small crowds, and working as a studio musician for concert promoter and music publisher Belkin Maduri Productions. His big break came when Wild Cherry asked him to play keyboard for a song they were about to release called “Play that Funky Music White Boy.”

“Wild Cherry said, ‘If this is a hit song, do you want to play in the band?’” he recalls.

The song hit number one on the Billboard charts in 1976 and suddenly, Avsec was playing with Wild Cherry in front of crowds of 20,000 fans – and even at the Grammy Awards.

A few years later, a musician named Donnie Iris joined the band. The two became fast friends and created a new band called Donnie Iris and The Cruisers. Avsec wrote the group’s well-known song, “Ah! Leah!,” which rose to No. 29 on the Billboard charts.

In 1984, Avsec secured his name in music history. He became the only songwriter to write a song for Jon Bon Jovi, other than the musician himself. The song, “She Don’t Know Me” was part of Bon Jovi’s debut album.

Avsec’s career was on fire. His songwriting garnered two Grammy nominations and an American Music Award. Even more of an honor to him personally, his favorite childhood band, The James Gang, asked him to play keyboard. Just as things couldn’t seem brighter, a songwriter in Detroit sued him for copyright infringement for “Ah! Leah!” Lawyers urged him to settle, but Avsec refused, holding firm to his innocence. The case went to trial, and a jury exonerated him. Still, the lengthy legal proceedings left him with legal fees that ate up all his royalties from “Ah! Leah!,” about $120,000.

“I hated lawyers,” he says. “But what it taught me was that life isn’t fair and maybe I ought to defend people when unfair things happen to them. At 32 years old, I was ready to become a lawyer.”

Today, his legal career is just as vibrant as his music career was. He is a partner and vice chair of Cleveland law firm Benesch, Friedlander, Coplan & Aronoff LLP’s innovation, information technology and intellectual property group. He is an adjunct law professor at Case Western Reserve University School of Law and also teaches at the Great Lakes Sports and Entertainment Academy, a joint program of CWRU School of Law and Cleveland-Marshall College of Law.

And while he still plays with Donnie Iris and The Cruisers and wrote a hit song for Carlos Santana as recently as 2010, Avsec said nowadays “I’d rather be at my office drafting a brief on a Friday night than at the House of Blues hugging a band.” 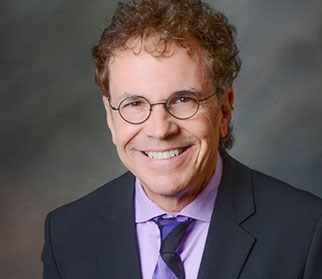