Randy McShepard grew up in a working-class, single-parent household in the Lee-Miles neighborhood of Cleveland. “My mother always worked two jobs, which meant I didn’t see her a whole lot,” recalls the latchkey kid.

He’s also president of Cleveland’s Union Club – the first minority to hold that position in the club’s 140-year history. It's a particularly sweet honor for him, as his uncle works on the maintenance staff.

McShepard was the first in his family to graduate from college when he completed his B.A. in psychology and communications at Baldwin Wallace University in 1988.

After graduation, he held a series of leadership positions at nonprofit organizations and eventually became executive director of City Year Cleveland. As a young leader seeking to change the city, he decided in the mid-90s to enroll in the master’s program in urban studies at CSU’s Maxine Goodman Levin College of Urban Affairs.

The experience was deeply memorable. McShepard developed a better understanding of how urban policy is made, applied theory to real-world situations, and learned to challenge received knowledge. His professors taught him “to be willing to challenge the books we were reading. Don’t take something as gospel because some expert wrote it. Dig deeper and decide for yourself if the argument the author made is valid,” he recalls.

Together with classmate Timothy Goeler, McShepard dreamed up the nonprofit organization PolicyBridge, which seeks to improve minority communities in Cleveland through public policy making.

For the past 14 years, McShepard has applied what he learned at CSU towards his career with RPM. His two main responsibilities are government and community affairs, and he spends a lot of time helping to develop and influence manufacturing policy, frequently traveling to Washington D.C. and meeting with elected officials.

“The lessons I learned at CSU – I’m still using them today,” he says, citing his work with the National Association of Manufacturers, where he’s served on the public affairs committee. “We’ve been able to move legislation in ways that are favorable to us,” he says.

McShepard has been equally active in RPM’s community affairs. He was charged with engaging the company’s officers in the community and increasing philanthropic efforts, and he’s done just that. Today, he says, the company is a model of good corporate citizenship.

His civic leadership ranges from board meetings with the city’s movers and shakers to roll-up-your-sleeves grassroots projects. He was one of eight members of the executive committee that was responsible for implementing county government reform and he chaired the City of Cleveland Workforce Investment Board.

One of the accomplishments he’s most proud of is founding Rid-All Green Partnership, an urban farm in the Kinsman neighborhood.

“It’s all in a day’s work,” he quips. “One day I’m heading up a meeting at the Union Club, and the next I’m at Rid-All Farm picking fresh tilapia out of the tank.” 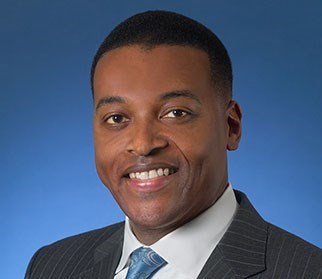