Cleveland Municipal Housing Court Judge Raymond Pianka became active in civic issues as an undergraduate at Cleveland State University. He went on to serve as the first executive director of the Detroit Shoreway Community Development Organization – a nonprofit credited with revitalizing the Detroit Shoreway neighborhood and laying the groundwork for the Gordon Square Arts District – while earning his law degree at CSU’s Cleveland-Marshall College of Law.

Subsequently, Pianka became the councilman for the Detroit Shoreway neighborhood, serving on Cleveland City Council from 1986- 1996. He was then elected to Cleveland Municipal Housing Court in 1996, where he continues to serve today. Pianka has been the recipient of many civic, professional and community awards during his tenure as housing court judge, and is considered a national leader in innovative solutions to the housing crisis.

For example, he famously sentenced an unscrupulous property flipper to live in one of his own dilapidated homes. When faced with the problem of absentee corporate property owners who refused to appear in court or fix up their properties, he identified a legal means of levying fines of $1,000 per day until they complied. The measure produced good results, forcing owners to address problem properties or risk seizure.

Born, raised and educated in the Detroit Shoreway community, Pianka originally attended CSU because it was the most practical choice. Like many students, he saved money by living at home and continuing to work while taking classes. However, he soon discovered that his education provided him with more than just research and legal skills.

“It set and nourished my career path,” he says, noting that he was greatly influenced by Dr. Tom Campbell’s lectures about Cleveland history and neighborhood development. “Networking and links to Northeast Ohio opinion makers through exposure at CSU turned out to be an important component of my education.”

Pianka offers the following advice to current CSU students: “I would tell them to take advantage of learning on a campus that is not only the physical campus at 24th and Euclid, but the whole region. Cleveland is a wonderful laboratory for learning.”

While attending CSU, Pianka became involved in the Polish American Student Association. He continues to volunteer with the school’s Polish Studies Program today.

Pianka received CSU’s Distinguished Alumni Award in 2001. He has been married to Karen Olson, whom he met at West High School, for 41 years. They have one daughter, Kirsten, who is a graduate of Bates College. 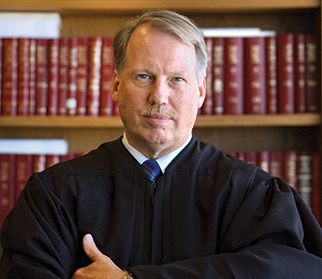