Student is now the teacher

One would be hard pressed to meet someone with more pride in her Viking roots than Regennia Williams, a three-time CSU graduate and former associate professor of history.

“I came to CSU in 1977 after graduating from Hawken Upper School in Gates Mills,” she says, noting that she chose CSU based on its reputation and affordability, despite her acceptance to several other colleges. Her older sister and future husband were enrolled at CSU, and both loved it.

After graduating with a bachelor’s degree in 1986, she took a job as a program assistant at the Cleveland Museum of Art. She continued her studies, earning a master’s degree in public administration from CSU in 1990, a Ph.D. in social history and policy from Case Western Reserve University, and a second bachelor’s degree (this time in liberal studies) from CSU in 2012.

Dr. Williams joined the CSU faculty in 1992. She received a Fulbright Fellowship in 2010 to teach and conduct research at Obafemi Awolowo University in Nigeria, focusing her work on the recent social history of religion among Christian, Muslim and Yoruba women.

A prolific author and lecturer, she writes and presents on myriad topics, many focused on Cleveland’s African-American history. She is the founder of the Initiative for the Study of Religion and Spirituality in the History of Africa and the Diaspora (RASHAD). As part of CSU’s 50th anniversary celebration, she authored Cleveland State University: 50 Years.

Dr. Williams has received numerous awards, both for her teaching and her work in advancing research and publications in her areas of expertise – social, African-American and Ohio history. After 23 years as a faculty member, Dr. Williams left CSU in May 2015. She is now an independent scholar and consultant. 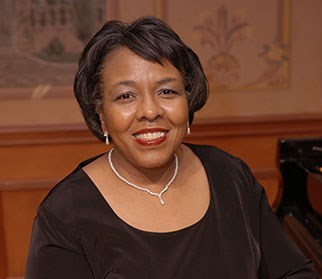