A voice for many a heart for Cleveland

One of the noblest ways to live a life is to do good things and ask for nothing in return. And that is exactly how Vijaya Emani spent her short but impactful years.

Known to the world as a pioneering voice in the fight against domestic violence, Emani was born in India in 1957. She earned her bachelor’s degree in India and came to the United States after an arranged marriage at age 26. She later enrolled at Cleveland State, earning her master’s degree in computer science.

As a young wife and mother in America, Emani personally experienced domestic violence – a taboo subject in her home country. She became an outspoken advocate for victims of domestic violence in immigrant families. She started support groups and spoke about how domestic abuse has no cultural boundaries. She gave people hope.

Emani received the Presidential Citizens Medal posthumously from President Barack Obama in 2011 for her “courage in overcoming and speaking out against domestic abuse.”

But there was more to Emani than her work as a domestic abuse victims’ advocate. She was a quiet force in the cultural world of Cleveland, helping to establish the India Cultural Garden in Rockefeller Park in 2005 and later campaigning successfully to erect a statue of Mohandas Gandhi there. She was a beloved figure in the celebration of Cleveland’s multi-ethnic heritage, and her work on the India Garden is widely acknowledged as setting the stage for the development of subsequent cultural gardens.

She often looked for ways to help those in her adopted hometown of Cleveland, whether it be gathering blankets for the homeless or helping keep the public gardens clean and safe.

"She was like Florence Nightingale of Cleveland," said a longtime family friend. "She would always find a great humanitarian cause to promote and more importantly to rally others to work on."

Emani died at age 51 in 2009, when she was hit by a truck after her car was disabled on the Ohio Turnpike. More than 800 people attended her funeral, a fitting testament to the lives she touched in Cleveland and beyond. 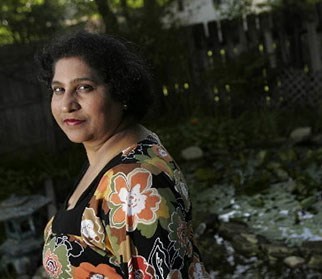