Alexandra Lee Riczo is one of Cleveland State University’s most recognizable faces. The fitness model and actress currently is starring in a commercial for mattress manufacturer Tempur-Pedic, but you’ve seen her face just about everywhere -- in Nike stores, on Maybelline commercials, and on the cover of Runner’s World magazine, just to name a few.

“I’ve always been very passionate about health, wellness and fitness since I was very young,” she says.

At age five, she became a vegetarian upon learning that meat is an animal. Going forward, Riczo never sat on the sidelines about health. Growing up an athlete, she set her sights on playing for the Vikings women’s soccer team. And play she did. She captained the team and set a record for most games played: 79.

“One of my greatest memories at CSU happened in the women’s soccer locker room,” she says. “We had a pregame tradition of playing a song, ‘Please Don’t Stop the Music,’ to get us pumped up. This particular day (playing against an arch rival) the energy in the locker room was so intense and the desire to win was contagious. I remember that day so vividly because it was then I realized how lucky I was to be playing at the highest level on a team where I was surrounded by dedicated athletes.”

After graduating from CSU with a bachelor’s in education in 2012, Riczo headed to New York City. Looking back, she credits her experiences at CSU as vital to her success as a model.

“At CSU I was surrounded by a very diverse group of students, staff and players, which was unlike my earlier experiences,” she says. “As a model in NYC, I am constantly meeting with new and different people.”

Today, Riczo models for Wilhelmina International Agency and lives with her family in Brecksville, Ohio. 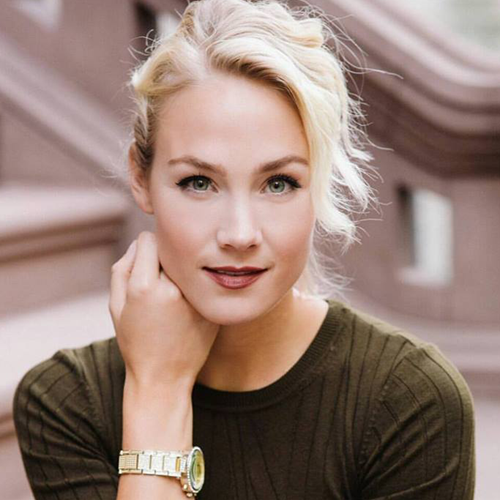