Jessica Sutherland has said that going to Cleveland State saved her life. She was aging out of foster care and planning a gap year, when a late-night TV commercial suggested there was still time to apply to CSU for the fall semester.

A native of Cleveland, Sutherland battled homelessness for many years. Yet she’d managed to maintain good grades and participate in sports, which helped her breeze through her freshman and sophomore years at CSU. Housing and other struggles during her junior year led her to quit sports and eventually drop out of college.

After working for five years and feeling like she’d hit a ceiling, Sutherland returned to CSU in 2006 to complete her bachelor’s degree in communication. Seeing her tenacity and talent, two of her professors encouraged her to continue her education, which she did – earning a master of fine arts in 2010 from the University of Southern California.  She went on to work for Amazon Studios, Sony Crackle and Yahoo! Studios.

The work that Sutherland is most known for – and most proud of – is represented by the hashtag #HomelessToHoward. While volunteering in 2012 at the Union Rescue Mission, a homeless shelter in Los Angeles, she met James Ward who was later accepted into Howard University but couldn’t attend because his loans were declined. Deeply appreciative of her own higher education, Sutherland wanted to help. She launched #HomelessToHoward, an online fund-raising campaign to send Ward to college and within one week, enough donations came in to pay for his freshman year.

#HomelessToHoward evolved into Homeless to HigherEd, which aims to raise awareness about the barriers to higher education facing our nation’s poorer students, while providing guidance, resources, and assistance to students who need it most. Sutherland serves as CEO of the nonprofit and is marketing director at The Establishment, a multimedia site run and funded by women. 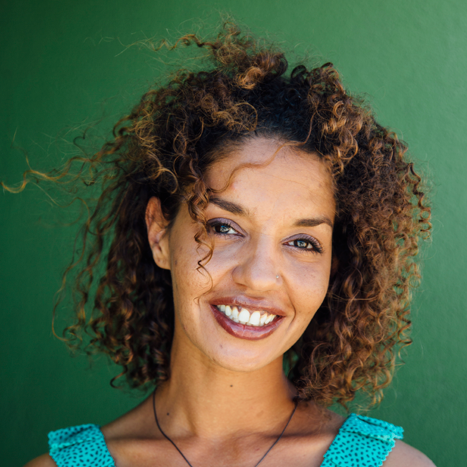