“Work hard, follow your dreams, believe in yourself and never quit,” says Kevin P. Keating, who went from boilermaker to college professor and author.

As a 27-year-old union boilermaker, Keating worked his way through college, earning his BA from Columbia College in Chicago and his MA in English from Cleveland State University. He recalls pondering the latest version of his master's thesis while his blowtorch melted thick sheets of steel in the dark pit of a dust collector.

“I’ve always been a writer. I didn't wait for inspiration or consciously think of becoming an author,” Keating says. “In fifth grade, I took a stab at composing my first novel, a kind of mystery/adventure story modeled on a series of books originally published as Alfred Hitchcock and the Three Investigators. I still have the hand-written manuscript stashed away in my basement. I’ve been writing regularly ever since.”

Upon graduating with his master’s degree, Keating was approached to teach English Composition at Cleveland State and was happy to oblige. He also became a professor of English at Baldwin Wallace University, Lorain County Community College and Lakeland Community College.

Named by Cleveland Magazine as one of the most interesting people of 2015, Keating's essays, stories and reviews have appeared in over 50 literary journals. His debut novel, The Natural Order of Things, was a finalist for the 2013 Los Angeles Times Book Prizes' Art Seidenbaum Award for First Fiction. Comprised of 15 interconnected stories, the book is a dark and powerful study of the human condition.

Keating lives near Cleveland with his family and enjoys cycling in the Cuyahoga Valley National Park, drawing inspiration from the people and places he sees along the way. He is working on his third novel, In the Secret Parts of Fortune. 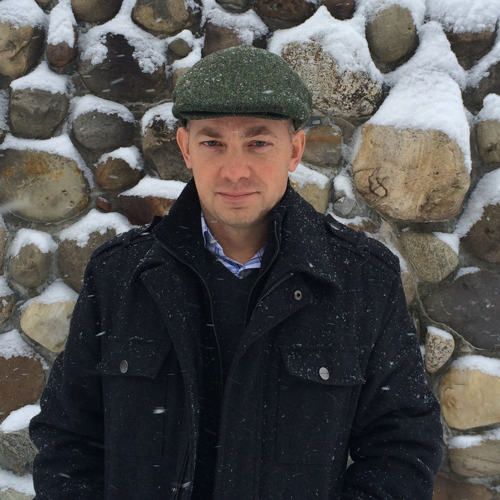