Lynette Scotese-Wojtila got the best phone call of her life on her 52nd birthday.

It was the first time the pediatric occupational therapist heard her five-year-old severely autistic patient speak.

Months before, the boy and his twin brother, who also has autism, had temporarily moved to Cleveland from Texas to be treated by Scotese-Wojtila and her team of therapists and educators at Integrations Treatment Center, which she founded 21 years ago in Wickliffe, Ohio.

Families nationwide, desperate for treatment that will release their children from the bonds of autism, are flocking to her center. Her treatment, coined The S.U.C.C.E.S.S. Approach, uses occupational therapists, speech therapists, music therapists, and special education teachers who collaborate to treat patients’ minds and bodies, not just the behaviors associated with autism.

“For 21 years, I have seen with my own eyes that a best practice for autism does exist,” she said. “We are changing lives. I expect both boys (from Texas) will be able to grow up, get married, and raise families.”

A remarkable turnaround, considering one of them was non-verbal and ate only baby food before coming to Scotese-Wojtila.

The CSU alumna knew since seventh grade, when she met an autistic child for the first time while volunteering for Catholic Charities, that autism would be her life’s work. In 1987, she graduated CSU with a bachelor of science degree in occupational therapy.

In 2016, her production company AWEtism Productions, which she launched to spread the word about her treatment, produced a documentary film based on the Texas twins’ journey from despair to hope. The film, “My Hiccups Are Gone,” debuted in the 2016 Chagrin Film Festival in Chagrin Falls, Ohio. A second film based on their progress is in the works. 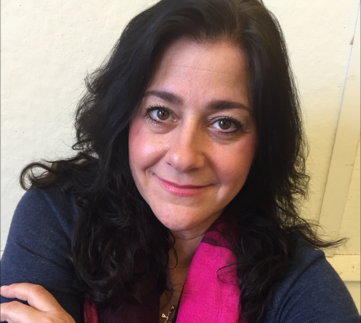