Michael Oatman entered the Northeast Ohio Master of Fine Arts program a self-proclaimed “bad novelist” and emerged a passionate playwright. The program is offered as part of a four-university consortium incorporating the faculty and resources of Cleveland State, Kent State, Youngstown State and the University of Akron. The degree was his second from CSU.

A Cleveland native and graduate of Shaw High School, Oatman first earned a bachelor’s degree in English. He says he found at CSU a community of artists and a team of educators who helped him explore and expand his artistic possibilities.

While at CSU, Oatman spent several months in Africa, writing about the AIDS epidemic for The Botswana Gazette. He also lent his talents to The Vindicator, The Cauldron and Whiskey Island Magazine, all CSU publications. At the suggestion of one of his professors, he submitted a piece to the CSU playwriting festival and discovered a passion for an entirely new genre.

Much of Oatman’s work takes on important and controversial issues. His talent and willingness to take risks has garnered much attention over the years, including an appointment as Playwright in Residence in Karamu House, with his works produced at the Cleveland Play House Fusion Fest, Cleveland Public Theatre, and Ingenuity Fest. Cleveland Magazine named him one of Cleveland’s Most Interesting People of 2010.

Oatman is a newlywed who prefers listening to audio books over reading them, finds inspiration in cheeseburgers and beautiful women, and believes that taking risks is what keeps theater alive. He wears the many hats of playwright, theater director, college professor and avid supporter and promoter of local African-American playwrights.

When thinking back on his time at CSU, he says, “Cleveland State is where I learned to write and more importantly how to think, how to question. That is the eternal gift that keeps on giving.” 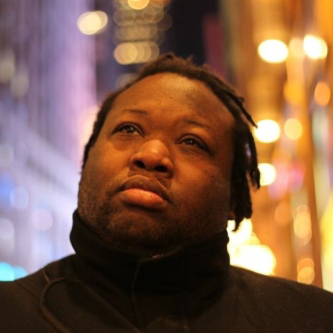