If you work backwards through William Wunderle’s long list of impressive accomplishments and contributions, you’ll see it begins with a BA from Cleveland State University. He went on to earn an MBA from Benedictine College in Atchison, Kansas, and a MMAS from the School of Advanced Military Studies at Fort Leavenworth, Kansas.

Wunderle currently serves as a Division Chief in the J-5 Strategic Plans and Policy Directorate of the Joint Staff where he is responsible for developing political-military advice and policies for military strategy planning guidance and policy relating to Iran, Iraq, Syria and the Counter-ISIL Campaign.

His dedicated service earned him the honor – for the second time – of being named J5 Civilian of the Year for 2015 by his military superiors. He has earned many other distinguished awards over the course of his career, including the Department of Defense’s highest and most prestigious civilian award for significant and impactful contributions to our nation.

Prior to his current assignment, Wunderle served as the Senior Army Fellow at the RAND Corporation. He is a graduate of the Command and General Staff College and the School of Advanced Military Studies, the Joint and Combined Warfighting course at the Joint Forces Staff College in Norfolk, Virginia, and the Arabic Basic Course at the Defense Language Institute Foreign Language Center. As a Middle East Foreign Area Officer, he served as the principal U.S. advisor to the Saudi Arabian Ministry of Defense and Aviation Joint Staff. As an Infantry Officer, he served as the Chief of Plans, Operations Officer, and infantry company commander with the 82nd Airborne Division at Fort Bragg.

Wunderle has published over two dozen books, monographs, opinion pieces, and journal articles. Through the Lens of Cultural Awareness, a book on Middle Eastern Culture, is a standard text in Arab and Middle Eastern culture courses throughout the military and academia. 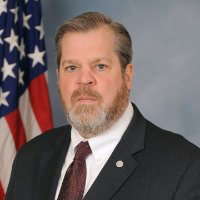