True story. In the early 1930s, the Westinghouse Electric Company designed a brown skin robot named Rastus that was a prototype for what was to become a fleet of laborers.

Not so true story. In a not-too-distant future, a glitch in the time-space continuum sends Rastus and Hattie, another black robot, into a supposed post-racial society, challenging and confounding social conventions of the day.

That’s the premise of fascinating alumna Lisa Langford’s Rastus and Hattie, a play making its world premiere at Cleveland Public Theatre in October.

“It’s a romp through time and race,” she says with a laugh.

Hailed as one of the powerful emergent voices in American theatre, Lisa is a Cleveland-based actor and playwright, who earned her MFA in playwrighting from Cleveland State in 2016.

And it hasn’t taken long for her to get noticed.

Her first full length play, The Art of Longing, was a finalist for the Leslie Scalapino Award for Innovative Women Performance Writing. Just last year, she won a $50,000 Joyce Foundation Award to produce Rastus and Hattie, only her second-ever full length piece. And in December, the play was one among six new plays read at the National Showcase of New Plays in Sacramento, California.

Lisa graduated with a BA from Harvard University, studied acting at Julliard and finished that training at Harvard’s American Repertory Theater Institute for Advanced Theater Training before landing in Cleveland.

She says becoming a playwright was born from what she saw was a need to have more stories told about women who are entering midlife. And she didn’t want to always play the grandmother who dies at the end of Act 1.

Women experience a number of different transitions in their 40s and 50s, so she hopes, at 53, to write more about characters in her stage of life.

“You kind of have a second puberty because of the hormonal changes that are going on,” she said.

For now, she’s enjoying the fruit of a longstanding partnership with Cleveland Public Theatre, first as an actor and now a playwright.

With the upcoming premiere of Rastus and Hattie, Lisa hopes other cities will mount their own productions of the play.

“I think good conversation can be sparked…” 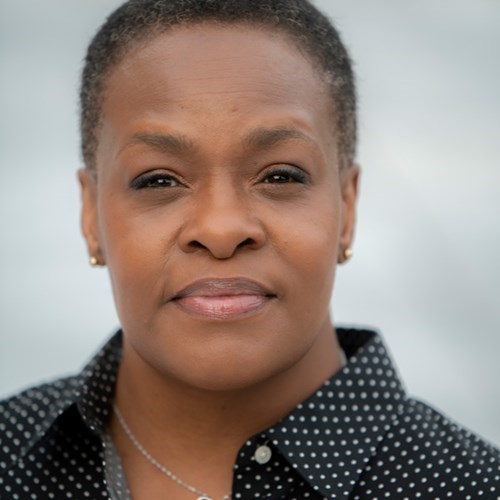