When Matt Ghaffari was a student at CSU, he'd run the stairs at Fenn Tower every night before he went to sleep. Twice.

It's the sort of uncommon grit that led to an illustrious career, representing the USA National Teams in Freestyle and Greco-Roman Wrestling on the World, Pan-American, World Cup, and Olympic Level.

He holds three American records, the World and Olympic total medals, in addition to being a four-time World Cup Champion, nine-time Pan-American Champion. He is a two-time US Olympian and Olympic team alternate, winning two World Silver medals, one World Bronze medal and one Olympic Silver medal from the 1996 Olympic Games in Atlanta.

In 2003, he was inducted into the Greater Cleveland Sports Hall of Fame followed by an induction into the Cleveland State University Hall of Fame in 2006. Ten year laters in 2013, he became a distinguished member of the prestigious USA National Wrestling Hall of Fame.

"CSU wrestling was the cornerstone in my athletic and personal development," he said.

"Without CSU wrestling there would be no Matt Ghaffari, US Olympian and national team member." 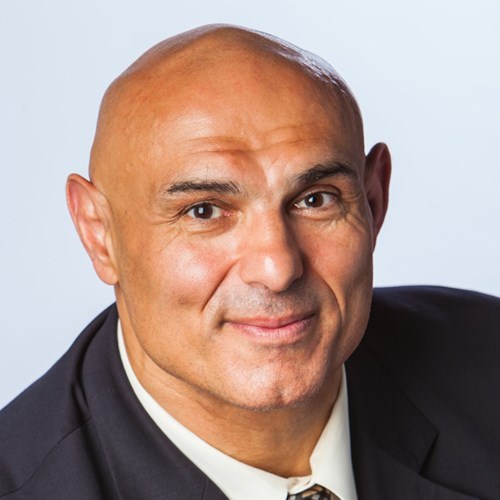