With Pride and Gratitude

While visiting family in Manhattan during the summer of 1992, I came across Madison Square Garden, a familiar landmark.  Throughout my childhood I attended many events at The Garden — from concerts to Knicks games, from championship wrestling to the circus (many similarities to championship wresting).

On this occurrence, I observed something I hadn’t seen before. The entire perimeter of the arena was skirted with media trucks.  Millions of eyes would soon focus on what was taking place within Madison Square Garden — the 1992 Democratic National Convention in which Bill Clinton was nominated as the presidential candidate.

At that moment, I had an epiphany — I wanted to one day direct the Democratic National Convention. After all, I had planned numerous fraternity formals and leadership retreats in the past . . . what better preparation, I told myself. I marveled at the size of the convention, the many different components that would come into play with competing demands and interests. I sincerely wanted to lead such an effort.

Fast forward 24 years. Here I am, about a month ago, smiling and cheerfully repeating over and over, “Welcome to Cleveland,” as a jovial group of Georgia Republicans disembark their bus at the Wyndam on Euclid for the start of the 2016 Republican National Convention. There they were, with their fresh smiles, deep southern accents, and political beliefs that were polar opposite mine.

Things don’t always work out the way you plan. I wasn’t heading up the national convention as I had projected years earlier. Here I was . . . a volunteer greeter at a local hotel. It wasn’t the DNC, but in fact the RNC. Instead of cheering for Hillary, they chanted “lock her up.” You can’t make this stuff up!

I’m glad I volunteered, and I am so grateful that nearly 200 Viking alumni answered our call to volunteer. We weren’t there as partisans; we were there to support Cleveland and to put her best foot forward.  From the rave reviews Cleveland received, I am tremendously satisfied for what we did and the contributions we made to advancing Cleveland.

So many Vikings played roles in supporting the convention. We had alumni/friends leading the host committee, managing local arrangements, securing the convention, volunteering at airports and hotels, and helping out-of-towners find their way around the city. Vikings drove buses, served meals, directed traffic, and answered questions that tested their own Cleveland IQ’s.

Many Viking alumni, friends, and students helped Cleveland shine during that memorable week in July. As a proud Clevelander, I want to personally say THANK YOU. We did good! 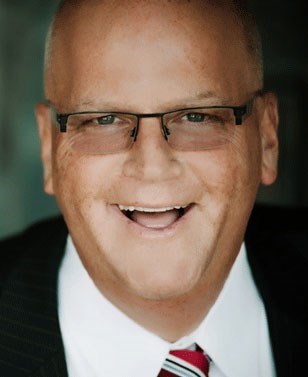