Truth is better than fiction

My undergraduate degree was in journalism. Classmates (a year ahead of me) warned me of Dr. Lambert’s “speed week” in his Introduction to News Reporting class. During each class period that week, Professor Lambert would provide a series of facts, quotes and random assertions.  It was then up to us to hammer out news stories within each class in a short period of time—as if we were on deadline. The first day we produced three news stories. Not bad. At the second class, we produced five. Whew!  By the third class, we were producing seven news stories.

In addition to writing the stories, with great speed, we edited each before they were submitted.  Any typo meant an immediate drop in letter grade.  Any misspelled name was an automatic “F” as in failure—along with inaccurate reporting.  Keep in mind these were the days of typewriters and whiteout.  Autocorrect didn’t exist nor did Google to help verify spellings, titles, or other details.

Thirty years later I still vividly recall speed week and the many lessons I learned.  In that journalism program we were taught the importance of accurate, objective news reporting. We learned about discerning facts from opinions, and the need to find multiple sources to corroborate the news we were reporting. I find myself to this day skeptical of what an “authority figure” says, or what a news release implies, simply by accepting it at face value.

I studied Journalism at a time when there were three television networks broadcasting 30-minute daily  news shows and hometown newspapers that not only reported the national headlines, but also which pig won the ribbon at the county fair. With the escalation of cable television, the internet, and wireless communication, we now have an abundance of “information”—not necessarily all news.  Broadcast news expanded from 30 minutes to 24/7 on multiple networks. Anyone with a laptop, a smart phone and/or a wireless connection can now appear to be a “journalist” with no journalistic standards required.

The same ethical practices drilled into my head as a student seem to be less relevant now as consumers can customize news by personal likes, biases and beliefs.  And, if we don’t like the news we’re hearing, it’s easy to simply label it as “fake news” and find a different source that conforms to our thinking.

Expressing feedback has also changed.  We used to vocalize our opinions in letters to the editors. The ability to express feedback (beyond throwing a shoe at the TV screen) has also grown exponentially. Many stories now contain accompanying spots for readers to engage by submitting feedback. With the ability to remain anonymous (or to make up a pseudonym) these comments are often vitriolic. Perhaps if feedback were less “instant,” or if it required use of legal names, the tone would be more civilized.

We are often in the news at CSU for everything from faculty research to student life to new buildings being erected to crime near campus. The reporting is usually spot on. Sources confirmed. The facts substantiated.  Every now and then, however, the news is inaccurate. The reporting is incorrect. The content is out of context. A story is manufactured. Malicious intent created.

With the ability to share stories with millions of others with the click of a keystroke, these stories are shared, shared, and shared again. The more salacious the story, the more it is shared. And because it’s in print, or because there’s a video, it is assumed to be true.

Then the feedback is posted. Often ugly feedback. The worst is assumed to be true.

I’d be lying if I said I never fell in this trap myself. Maybe it’s because we’re raised believing what we read in textbooks is the truth. After all, it’s in print, in a big thick book—it has to be true. We’ve all fallen in this trap, to later realize what we read, or what we viewed online, was not true.

In light of a recent incident on campus that was taken out of context and inaccurately shared, I am recommitting myself to accept less on face value and to dig deeper into issues to better understand the circumstances and different perspectives. I will strive to not buy into the quick and easy sensational headline simply because the alarms have been sounded. Sensational news is just that…sensational.

I will remind myself, and others, of the importance of accuracy. The need to hold off on judgement until I understand all sides of the issue. To remind myself and others that just because we’re guaranteed Freedom of Speech does not mean we should use that freedom to demean, degrade or threaten one another.

I remain open, and I welcome feedback from alumni, especially when it is constructive. I truly regret the emails I occasionally receive that state they will never support CSU again due to a news story they read…especially when I know those stories to be inaccurate. I hope we can all commit to questioning and digging deeper, and to respectful dialogue that brings us to a higher place, rather than feedback that more aligns with the Jerry Springer show.

Thank you, Dr. Lambert, for the lessons you taught that stick with me still to this day. Go Speed Week! 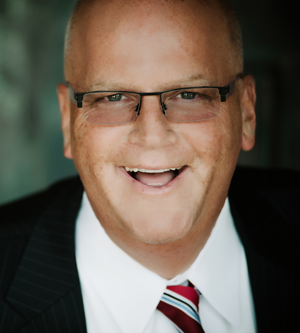