Champion powerlifter and pre-physical therapy student Ken Bray started his powerlifting career at about the age many of his peers started seriously going to pot. At 40 he joined a gym. Six years “and 43 pounds of muscle later,” Bray reports he now holds three national, one American and four Ohio records in powerlifting. Even more inspiring, after successful prostate cancer surgery in December, he plans to use his growing notoriety to draw more attention to the importance of early detection and the treatment of the disease. He’s also motivated to jump back into powerlifting and finish his degree.

What brought you to CSU?

When I was faced with a major career change and ready to return to school, the wide array of degrees and quality of curriculum piqued my interest. The fact that CSU was one of only three colleges in the state offering a doctor of physical therapy degree made it a no brainer.

Pre-physical therapy with a 3.24

"It's never too late to start over."

I’m proud to be a Viking because…

The level of academic excellence and amount of improvement CSU has done to downtown Cleveland alone makes me proud to be associated with anything that has the Cleveland State stamp on it.

I love the environment as a whole. Being a non-traditional student, I was concerned that I would be treated like an outsider. I have instead experienced a vibrant, inclusive environment that has embraced me with open arms!

Make your goals fun, challenging, realistic and measurable. You must also understand that fitness is required for your survival. It is as important as breathing. You don't just inhale until you have enough air and then hold your breath until you need more do you? 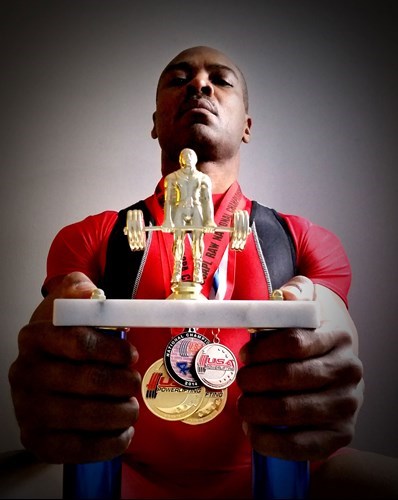