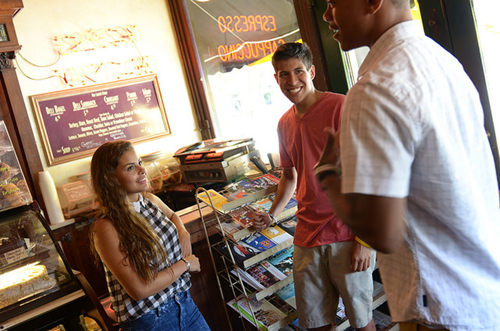 Beloit College in Wisconsin is known for its annual “Mindset List” published each Fall as the new class enters.  We thought their findings/summations would be of interest. Here you go…

Students heading into their first year of college this year are mostly 18 and were born in 1997.

Among those who have never been alive in their lifetimes are Princess Diana, Notorious B.I.G., Jacques Cousteau, and Mother Teresa.

Joining them in the world the year they were born were Dolly the sheep, The McCaughey septuplets, and Michael “Prince” Jackson Jr.

Since they have been on the planet:

2. Google has always been there, in its founding words, “to organize the world's information and make it universally accessible.”

3. They have never licked a postage stamp.

4. Email has become the new “formal” communication, while texts and tweets remain enclaves for the casual.

5. Four foul-mouthed kids have always been playing in South Park.

6. Hong Kong has always been under Chinese rule.

7. They have grown up treating Wi-Fi as an entitlement.

8. The NCAA has always had a precise means to determine a national champion in college football.

9. The announcement of someone being the “first woman” to hold a position has only impressed their parents.

10. Charlton Heston is recognized for waving a rifle over his head as much as for waving his staff over the Red Sea.

11. Color photos have always adorned the front page of The New York Times.

12. Ellis Island has always been primarily in New Jersey.

13. “No means no” has always been morphing, slowly, into “only yes means yes.”

14. Cell phones have become so ubiquitous in class that teachers don’t know which students are using them to take notes and which ones are planning a party.

15. The Airport in Washington, D.C., has always been Reagan National Airport.

16. Their parents have gone from encouraging them to use the Internet to begging them to get off it.

18. They have avidly joined Harry Potter, Ron, and Hermione as they built their reading skills through all seven volumes.

19. Attempts at human cloning have never been federally funded but do require FDA approval.

20. "Crosstown Classic” and the “Battle of the Bay” have always been among the most popular interleague rivalries in Major League Baseball.

21. Carry Me Back to Old Virginny has never been the official song of the Virginia Commonwealth.

22. Phish Food has always been available from Ben and Jerry.

24. When they were born, cell phone usage was so expensive that families only used their large phones, usually in cars, for emergencies.

25. The therapeutic use of marijuana has always been legal in a growing number of American states.

26. The eyes of Texas have never looked upon The Houston Oilers.

27. Teachers have always had to insist that term papers employ sources in addition to those found online.

28. In a world of DNA testing, the Tomb of the Unknowns at Arlington has never included a Vietnam War veteran “known only to God.”

29. Playhouse Disney was a place where they could play growing up.

30. Surgeons have always used “super glue” in the operating room.

31. Fifteen nations have always been constructing the International Space Station.

32. The Lion King has always been on Broadway.

33. Phoenix Lights is a series of UFO sightings, not a filtered cigarette.

34. Scotland and Wales have always had their own parliaments and assemblies.

35. At least Mom and Dad had their new Nintendo 64 to help them get through long nights sitting up with the baby.

36. First Responders have always been heroes.

37. Sir Paul and Sir Elton have always been knights of the same musical roundtable.

39. Heaven’s Gate has always been more a trip to Comet Hale-Bopp and less a film flop.

40. Splenda has always been a sweet option in the U.S.

41. The Atlanta Braves have always played at Turner Field.

42. Poland, Hungary, and the Czech Republic have always been members of NATO.

43. Humans have always had the ability to use implanted radio frequency ID chips—slightly larger than a grain of rice.

44. TV has always been in such high definition that they could see the pores of actors and the grimaces of quarterbacks.

45. Mr. Jones and Mr. Smith have always been Men in Black, not their next-door neighbors.

46. The proud parents recorded their first steps on camcorders, mounted on their shoulders like bazookas.

47. They had no idea how fortunate they were to enjoy the final four years of Federal budget surpluses.

48. Amoco gas stations have steadily vanished from the American highway.

49. Vote-by-mail has always been the official way to vote in Oregon.

50. ...and there has always been a Beloit College Mindset List.

In fairness to the class of 2019 the following are a few of the expressions from their culture that will baffle their parents, older friends, and teachers …with translations.

1. They need to plan ahead so they don't find themselves "dankrupt."

One of a variety of painful declarations that we are out of weed.

2. A heavy dose of "Natty Light" has always caught up with them in the morning.

It may taste great and be less filling, but there are limits.

3. As long as they can find a ballpoint pen they can use their "redneck teleprompter."

The bigger the back of your hand, the more notes you can include, but don’t get caught looking.

4. "Smartphone shuffles" have always slowed down traffic between classes.

One can avoid all eye contact as one moves through the madding texting crowd.

5. "Vatican Roulette" has always been risky but acceptable.

If you’ve got rhythm and like your planning natural, then Vatican Roulette is the game for you.

6. A significant other who is a bit "too Yoko Ono" has always created tension.

A partner too hard to handle…hard for your friends to compete with perfection.

Turn down the heat. Some people are just so hot they enhance the appetite.

8. “Trolling” innocents on social media has always been uncharitable.8.

Cynical and bullying attacks on happy campers, preserved on the internet, may come back to haunt you.

9. They'll know better than to text their professors "TL DR" about assignments.

…and just hope their professor doesn’t scribble back to them, about their own papers: “TOO LONG: DIDN'T READ.”

10. Slurring “textroverts” have always been a fact of social life.

If you're too drunk to say it face to face, you probably should wait until morning before you start texting. 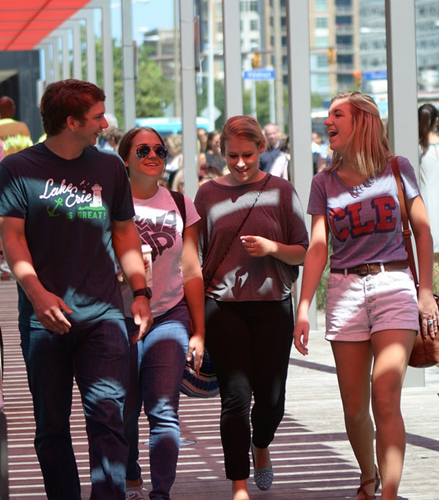 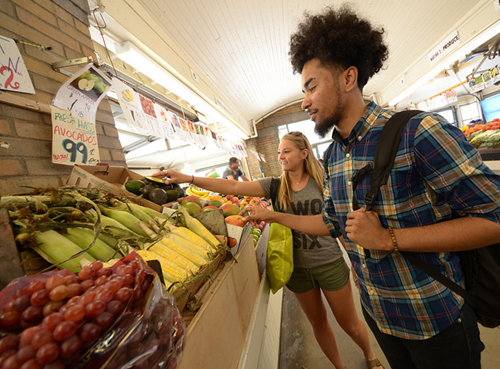 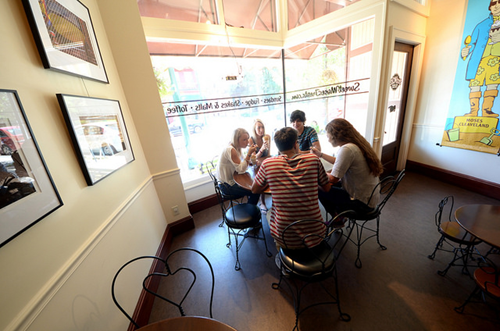