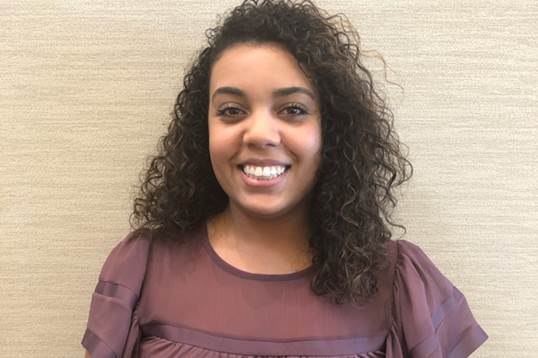 Following a brief career in the finance industry, recent graduate and Young Alumni Council member Merissa Price decided to forge her own path and put the skills she learned at CSU to work by starting her own company, MajicHome Development.

What do you do in this position?

Everything. Thankfully I’m not alone in this venture, but when you’re trying to start a business with just a few people you all tend to wear every hat needed, which I honestly love.

What was your first job after graduation?

After meeting with a couple managers from Foresters Financial at CSU’s Fall Career Fair I began working as a Registered Representative with the company. After obtaining the required licenses I began meeting with individuals and families around the Cleveland/Akron area in order to assist with a variety of financial planning needs. I worked there for roughly two years before leaving.

Tell me about a project or accomplishment that you consider to be the most significant in your career.

I would say starting my own company has been the most intriguing, challenging, as well as, significant project in my career. There’s still much left to be accomplished but it’s certainly significant for me.

You recently chose to switch careers. Tell us why.

There is a variety of opportunities available for someone with a finance degree, and I really had no idea which way I wanted to go upon graduation. I was very fortunate to work for the company I did after graduating, but that turned out to not be the career path for me. Some may oppose, but I believe most would agree that the times of needing to stay “stuck” in a job you just don’t enjoy are behind us. So, after a lot of thought I decided to go another route.

What’s been the most rewarding part of being a CSU graduate?

Since CSU is in the middle of a city it seems as though not many graduates move away after and that has been amazing to constantly be near so many professional and personal contacts I met during my years as a student.

Who is your career role model, and why?

I’m going to say Ellen DeGeneres. We most certainly are not in the same career and I have no desire to be famous but I admire the way she uses her career success in such a positive way. I know she isn’t the only one but she came to mind first and I have never really thought about a career role model before.

Spirit animal would probably be some type of bird because then I could travel for free.

If you could have anything in the world, what would it be?

It would be to have an island to move to.

If you could go back and do anything different in your career, what would it be?

There is too much in this world I still don’t know and every decision I’ve made has taught me something; therefore, I don’t think there’s anything I would change.

If you could go back in time, what would you tell your college self?

Just breathe, the end will be here before you know it.