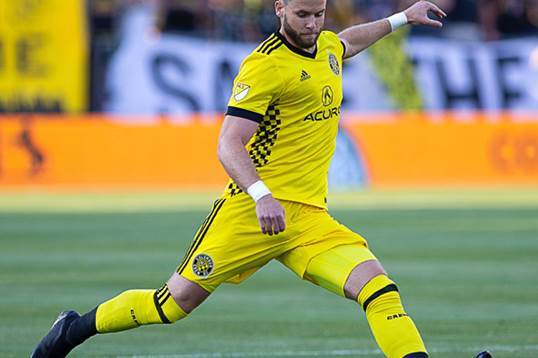 Two former CSU men's soccer players now playing in the Major Soccer League learned on the CSU fields that to make it big, "you can't cheat the grind."

In 2011 Josh Williams walked on the field at the Columbus Crew stadium, effectively making his debut as a defender for Columbus’ Major Soccer League franchise. Surrounded by the throng of onlookers, he describes it as a moment that defied gravity.

“It seemed outside the realm of possibility,” he said.

“I wasn’t really recruited out of college. I just kind of carved my own path to professional soccer.”

Just a year earlier when he was a senior on the men’s soccer team at CSU, he and his father took a chance and drove to Columbus for a tryout scrimmage with the Crew, even though the possibility that he’d actually hit the field was slim.

“They told me I wasn’t even supposed to play, but to be ready,” he said.

About five minutes into the game, two players knocked heads and had to leave the game, giving him the opportunity to play.

He played so well that the Crew called him back a couple months later for another scrimmage.

A week later, they signed him.

“I was actually in class when I got the phone call.

“My phone rang and I snuck out to answer and it was the general manager for the Crew.” 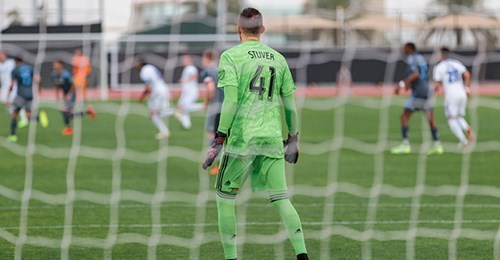 It’s the sort of hardscrabble story to success with which Josh’s former CSU soccer teammate Brad Stuver can identify.

If he would have had his way, Brad might not have ever attended CSU. He had his sights set on the likes of Elon and Louisville, schools with more prestigious soccer programs. But both cautioned him that it would be difficult to land a starting position, so he chose Cleveland State.

He says it was the best decision he could have made.

While he’d chosen CSU to play soccer, his ultimate goal was to become a doctor. But the then-goalkeeping coach thought Brad had something special, guiding him to pursue a professional soccer career.

That all paid off in 2013 when Brad was drafted by the Montreal Impact. The road, however, to making his first appearance on the field wasn’t as clear cut.

“When I was drafted to Montreal, they didn’t give me a contract right away,” he said.

He spent the preseason with the team, but when that was over, he was left without a contract. The dream was quickly slipping through his fingers until the Columbus Crew signed him, giving him his first professional contract.

In the fall of 2016, he made his professional debut against the New York City Red Bulls.

“I had waited several years for my chance to be a starter,” he said.

After a few nervous stumbles in the first ten minutes of the game, he settled in the game’s rhythm and found his footing.

Today he’s in the seventh season of his career, playing for the New York City Football Club, and living in Edgewater, New Jersey, with his wife Ashley, a fellow Viking herself. Josh is celebrating a decade-long career that’s taken him from Columbus to New York to Toronto and back to Columbus.  Both are quick to note that the perseverance they learned on the field at CSU has carried them through their years as professional athletes.

“You had to work really hard to get your name out there,” Brad said of his time on the men’s soccer team.

“So it’s just about working hard, putting your head down, going in and doing your best every day.”

“I learned to never be satisfied and to always keep pushing yourself, pushing your level of expectation.”

And while the success they’ve enjoyed through the years is enviable, they still have more up their sleeves.

Brad hopes to secure a consistent starting spot on the Crew and has his ambitions trained on the US men’s national team. Josh predicts he has a few more years left to play. After that, he wants to coach.

The grind, it seems, never stops. They’re used to it though. They’re Vikings.