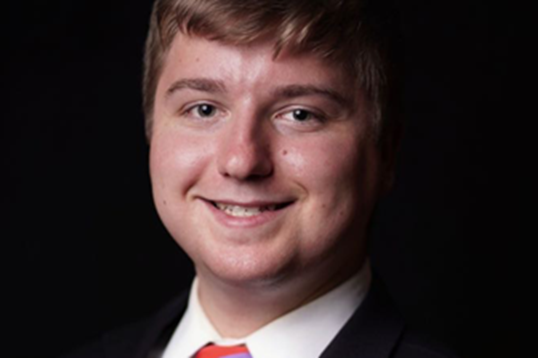 The second week of spring break was when Marty Barnard realized the senior year he'd hoped for was never going to be.

“I was very upset at first,” he said, not quite sure if that was an appropriate description for how he felt and feels from time to time.

His was a special cocktail of emotion – anger, frustration, sadness --- but Marty resolved not to let the weight of the moment get the best of him.

Instead, the music and film major funneled his energy into what he does best: create.

With final class project deadlines approaching, he decided to take on what probably seemed, at first blush, to be a wholly improbable goal.

He decided to write a film. And then shoot said film. All in the span of a few weeks.

It’s what he says helped him emerge from the doldrums brought on by the fallout from COVID-19.

“You can’t keep us silent,” he said of those who create.

Marty enlisted the help of anyone he could find. He’s using his phone and a personal camera as his equipment. No lighting. No studio. Hardly any team.

But he’s energized because an unlikely community formed via emails, texts and phone calls.

“This idea gave a lot of people something to connect with,” he said.

And he’s pretty surprised with how resourceful he can be. It’s a hallmark of the lessons he’s learned during the quarantine, coming to terms with how different the end of his senior year is going to be.

“You really can’t plan for anything to go normally,” he said.

“There were people talking about ordering their stoles not that long ago.”

But these quick shifts in reality call for us all to summon the strength and flexibility to adapt, he notes.

That willingness to pivot, for Marty, could be saving his grace.

“I’m definitely not cool with it,” he admits.

“I’d really love to be doing this normally, but I’m trying to keep a positive face to it.”