Law grad fought for the release of ICE detainees and won 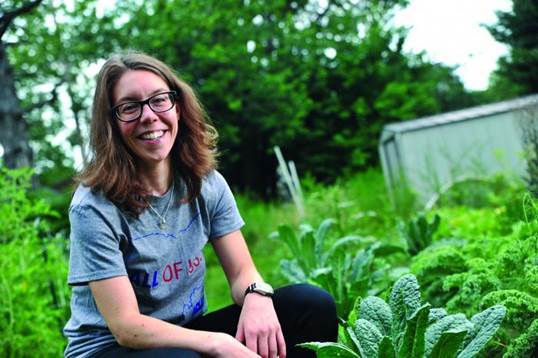 Law grad fought for the release of ICE detainees and won November 9, 2020

As coronavirus case spiked at Ohio detention facilities in early 2020, Elizabeth Bonham, an attorney for the ACLU, sought the release of nearly two dozen people held by immigration authorities.

Cleveland-Marshall College of Law alumna Elizabeth Bonham, staff attorney at the American Civil Liberties Union (ACLU) of Ohio in Cleveland, successfully fought in early 2020 for the release of 21 people held by immigration authorities in four Ohio jails as COVID-19 spiked at the detention facilities.

Bonham, JD ’15, said her office was flooded with pleas for help from the families of the detained, panicked by the news that the virus had taken hold behind bars.

“We had to do something, and we really jumped on every front and worked as fast as we could,” she said. “Where does a virus like this spread? In a confined space where people are jammed in and they’re not allowed to leave, their bodies are subject to the control of someone else, they can’t practice hygiene, they can’t practice distancing. It’s a very, very dangerous environment.”

"Nobody should have to get sick with such a dangerous disease, absolutely nobody. But these are people who are being held on an alleged civil offense. They’re immigration detainees. They’re not being accused of a crime.”

“I’m heartbroken for the many folks we couldn’t help,” Bonham said. “This is still happening to people, we’re still fighting, and I always maintain hope that our elected officials will do the compassionate, commonsense thing and further decarcerate.”