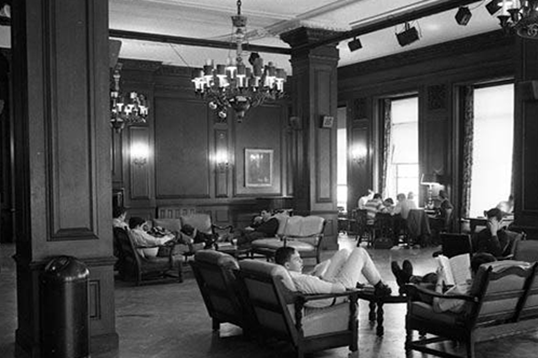 As students moved back in on campus, one alumnus reminisced about when his parents dropped him off at Fenn Tower over 50 years ago.

"This will make me sound, and feel, very old, but it was 51 years ago next month that my parents dropped off an 18-year-old kid in downtown Cleveland to move into Fenn Tower. Dorm life was about to begin for me, and it was a major culture shock for me, and most of the rest of the new residents. We were now free of the chains of direct parental oversight and able to make our own decisions. It was fall of 1970 and the Kent State shootings were still ringing in the air, there was long hair and bell bottom jeans everywhere, and a huge sense of excitement all around. There were no cell phones or Internet to connect us all. We connected through real face-to-face interaction.

We would go to Fat Glenn's or The Down Under to have a 3.2 beer and hopefully meet some girls! In the dorm, we relied on each other for support as we were all in this new world together. Did I mention that Fenn Tower was one of the first coed dorms in the country back then?! Another layer of unknown and excitement! It was an exciting time and was arguably one of the best times of my life.

I realize that it's a whole different world out there and what was fun and entertainment 50 years ago has changed a lot today. I would tell all newbies to embrace what's offered to them and make the most of it, and don't be afraid to have some fun during this time of your life.

I'm about to finish up a 45+ year career as an electrical engineer when I retire at the end of the year, and I have CSU and Fenn Tower to thank for that."