How One CSU Alum Uses Art to Inspire Diversity 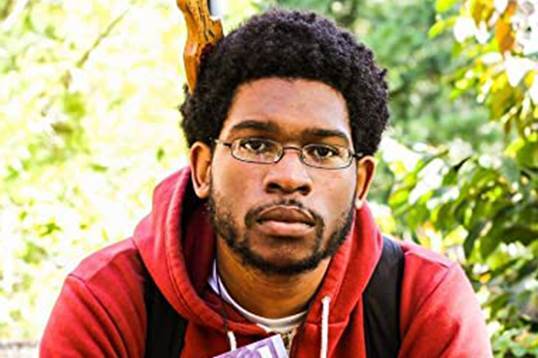 How One CSU Alum Uses Art to Inspire Diversity March 9, 2022

Brendan Whitt (BA '14, MA '19) reveals how Cleveland has inspired his art and his dreams for the future.

Brendan Whitt is a two-time CSU alumnus (BA ’14, MA ’19) and the curator of the Blaque Cleveland exhibition being displayed at the Galleries at CSU. His first exhibition under his OPAL Beatrice branding, it showcases the work of black artists he admires whose art has been influenced by living in Cleveland.

“There are three artists,” Whitt said. “Dakarai Akil, who is a collage artist, Isaiah "Starbeing" Williams is a muralist, and Kiara Booker who is a studio painter. Dakarai is nationally recognized with work appearing in New York Times, The Atlantic, and even Netflix.”

As a native Clevelander himself, Whitt feels a connection to these artists and their work. Like them, he often draws inspiration for his own work from his own hometown experiences.

“Growing up black in the Midwest has had great impacts on my work,” he said. “I grew up on the east side, the Hough neighborhood. As one of the poorer and more dangerous areas in Cleveland, that gives me a ton of material to draw upon in both short stories and screenplays.”

Another factor of life that Whitt credits having had an impact on his work is the diversity in television.

“People in television have so many different backgrounds and television today is so diverse. There’s something for everyone out there and it’ll only expand. So, knowing that lets me know that my time is coming, and I’ll have my own lane. All in due time of course,” he said.

When Whitt was only 13 years old, he discovered his passion for writing, but that gradually evolved into something greater.

“At 13 years old, I won first place in the Power of the Pen writing competition for my district. By senior year of college, I had an internship at the…Call & Post newspaper. But by the time I was getting ready to graduate, I fell out of love with journalism — or at least what it became in today’s world — so I decided to learn how to plot, write and publish my own work, while simultaneously learning how to write screenplays,” he said.

“Now I am an unproduced screenwriter with a toe in the door trying to at least squeeze my leg in. I’ve published six titles with five available through my website and Amazon. I like to brag that I’m a Google verified author. I’m not hard to find online.”

Even now, his love of writing remains but is now part of a greater effort, OPAL Beatrice. Named after his late grandmother, OPAL is Whitt’s content creation company through which he releases various multimedia and writing projects.

“OPAL is the brand that I built around my Young Langston persona. It's like how rappers have their own label,” he described. “I wanna be a part of this small bubbling scene of writers who are bucking up against the norm.  It's also where my future productions (fingers crossed) will be developed,” he said.

“It comes down to ownership. I am getting ready to release my next book titled ‘For Pride, For Country’, about a black soldier from Oberlin who fights in the Civil War. One day OPAL will be a household name in black media and entertainment.”

With his work, Whitt hopes to shine light on the diversity of the black experience.

“One thing that I hope to accomplish is to show kids who look like me, talk like me, come from where I’m from, that somebody just like them can accomplish great things.”