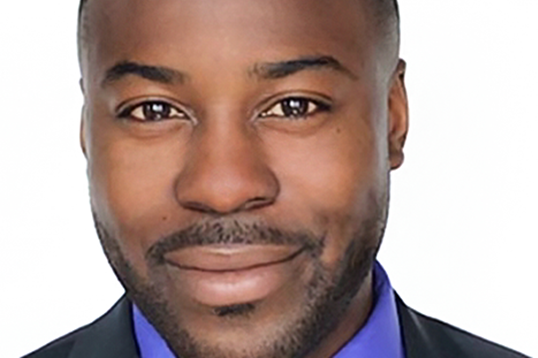 For orchestra CEO, its all about providing access January 25, 2021

As CEO of the Chicago Sinfonietta, alumnus Blake-Anthony Johnson is the first African American to lead a nationally renowned orchestra and wants to reimagine what it means to be diverse, inclusive and equitable.

The majority of American orchestras are not known for diversity. Historically, they often are homologous groups on traditional symphonic instruments playing standard repertoire — mainly works by long-gone European male composers.

In fact, only 12 percent of these musicians are people of color, according to a 2016 study by the League of American Orchestras. African American and Hispanic musicians comprise only 4.3 percent, while Asians and Pacific Islanders make up 9.1 percent.

The Chicago Sinfonietta was created in 1987 to be a catalyst for change. Whereas orchestras nationwide and abroad are currently scrambling to become more inclusive, the Sinfonietta has been inclusive for over 30 years.

Of the Sinfonietta’s 100-plus musicians, staff and board members, more than one-third are people of color.

The Sinfonietta also often features all-but-lost compositions by diverse, lesser-known composers of color and women. They regularly commission contemporary pieces, and often include non-traditional instruments and technology in their performances.

But for Johnson, the Sinfonietta’s mission of diversity, equity and inclusion means much more than having people of color to the stage.

It means diversity of thought from a having wide spectrum of individuals. It means attracting a diverse audience. It means more equitable and inclusive educational programs and community partnerships. It also means a senior leadership with female representation in positions that have historically excluded them. And whereas conductors are often white men, the Sinfonietta’s Music Director is a Taiwanese American woman.

“I think every organization and every city has different thoughts on what it means to champion equity, diversity and inclusion,” said Johnson. “I think you need to go beyond the traditional definitions and hear directly from the community in which you intend to serve.”

Johnson also is involved with several organizations aimed at helping others achieve access to a professional career in the industry. He’s a professor at Roosevelt University and a steering committee member of Chicago Musical Pathways Initiative, of which Chicago Sinfonietta is a founding partner.

“Part of what makes the Sinfonietta a 21st century orchestra is that it is very much a learning institution,” said Johnson.

Their Project Inclusion Freeman program, for example, has been providing fellowships to up-and-coming musicians, conductors and administrators for training, mentorship and preparation for a career in the field. With Johnson’s guidance, the program has been expanded to include a fellowship for composers.

“It’s important for students to be taught the values of diversity, equity and inclusion in their early development. I think it opens their mind up to what is possible and redefines what’s accessible for them,” said Johnson.

“I fell in love with music in general because it gave me all this access to the world. So one of the reasons why I really love the work I do now is  because I get to use art to increase people’s understanding of themselves and access to others. When you look at historically marginalized or overlooked populations in the States, it’s because they usually lack access, whether that be access to education or music education or just the arts in general.

“With the Chicago Sinfonietta, that’s very much in the DNA. Access has been at the forefront of the organization’s priorities since its inception. It’s why I’m so passionate about our work.”

Self-taught until the age of 18, Johnson’s career as a professional cellist included touring the world with various orchestras. Always having a knack for business, Johnson held a number of roles in administration before becoming CEO of the Sinfonietta in May 2020 at the age of 29. Becoming a CEO at any age has its share of challenges; but becoming a CEO in the midst of a global pandemic is surely a trial by fire.

While many other orchestras remain at a standstill these days, when Johnson took over he immediately began overseeing the creation of a virtual concert hall so the orchestra could continue performing.

“It was a great first project to work on with our Music Director Mei-Ann Chen and our fantastic staff, musicians and board,” said Johnson.

Additionally, he created the Artist in Residence program, in which guest artists give behind-the-scenes insight into how they create their work. The inaugural installment featured Kathryn Bostic, the first female African American composer to join the Academy of Motion Picture Arts and Sciences.

“It’s really important for people to see thoughtful models of equity, diversity and inclusion. Showcasing these principles onstage is important, but it’s equally as important to practice these principles internally. Many of our milestones as an organization have been the establishment and reinforcement of supportive systems that set all Chicago Sinfonietta’s stakeholders up to for success.”